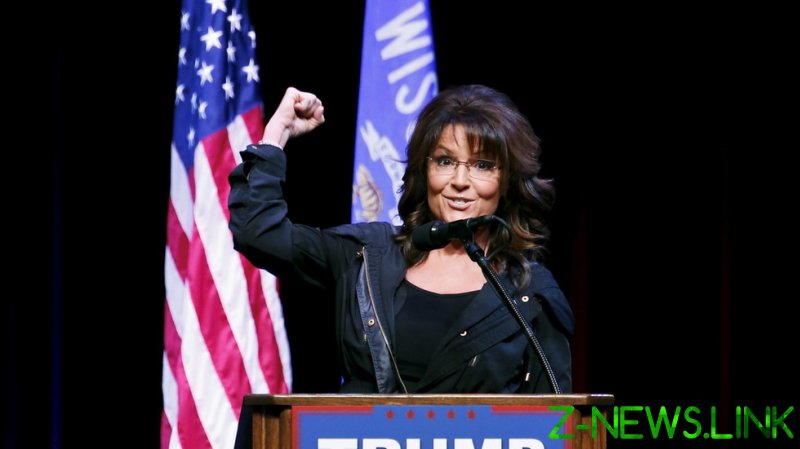 As rumors swirl of a possible pardon for Assange from outgoing President Donald Trump, more and more advocates have thrown their support behind the WikiLeaks founder, and now Palin can count herself as a surprising member of those voices.

“I am the first one to admit when I make a mistake,” Palin said in a video released Saturday through Gateway Pundit. “I made a mistake some years ago, not supporting Julian Assange, thinking that he was a bad guy, that he leaked material that perhaps he shouldn’t, and I’ve learned a lot since then.”

Palin’s own emails were released by WikiLeaks in 2008. In addition to personal emails, it also appeared through the correspondence that she conducted gubernatorial business through a private Yahoo email account.

At the time, Palin compared Assange to al-Qaeda and Taliban leaders.

Palin has since long disavowed her anti-Assange comments, publicly apologizing before the Wikileaks founder in 2017, praising him for opening “people’s eyes to democrat candidates and operatives.”

In an 2018 interview to OAN network, Palin doubled down, saying that she had grown to “appreciate him [Assange] more” and that all of his actions were about “freedom.”

In the video, posted by Gateway Pundit’s Cassandra Fairbanks, Palin strikes a similar tone and says that Assange “did us all a favor in America…by fighting for what he believed was right.”

“He was working on the people’s behalf to allow information to get to us so that we could make up our minds about different issues, about different people. He did the right thing,” she said. “I support him, and I hope that more and more people, especially as it comes down to the wire, will speak up in support of pardoning Julian. God bless him.”

While Palin has publicly warmed up to Assange in recent years, her support now for a pardon has still surprised many, though been a welcome addition for advocates.

“Wow never thought I would see Sarah Palin of all people calling for the pardon of Assange,” journalist Luke Rudkowski tweeted in response to the video.

Assange was arrested last April after living in the Ecuadorian Embassy in London under asylum for years. He is currently waiting on potential extradition to the US where he would face conspiracy and espionage charges that carry a sentence of up to 175 years.

Calls for Assange have intensified ahead of Joe Biden entering the White House in January as it is highly unlikely the Democrat would be open to a pardon. He’s referred to Assange as a “high-tech terrorist” in the past.

Similarly, activists have pushed for a pardon for Edward Snowden, who has resided in Russia since revealing warrantless government spying programs in 2013. Trump has said recently he is open to the idea of pardoning Snowden, who has called for “clemency” for Assange over himself.