Russian with a broken leg he escaped from house arrest 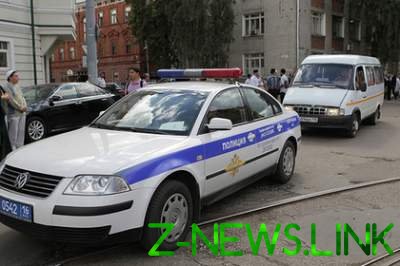 The man was under arrest because of accusations of terrorism.

Accused of terrorism the inhabitant of Kazan of Marseilles Gimadiev escaped from house arrest, despite a spinal injury and broken legs. On Friday, November 17, in management of Federal service of execution of punishments (FSIN) in Tatarstan, reported RIA Novosti.

According to UFSIN, April 4 against Gimadieva, accused under article “the Organization of the activities of the organization, which in accordance with the legislation of the Russian Federation as terrorist” by the judge of the Soviet district of Kazan was elected a measure of restraint in the form of house arrest.

“On October 31 when checking Gimadieva at the location under house arrest, it was established that the accused fled from the control of criminal-Executive inspection. On the given fact in the prescribed manner the information was immediately sent to the investigation Department, which is a criminal case”, — stated in the message.

The FPS noted that the accused had had a spinal injury and fractures of both legs, so the e-band was not used to it. Currently Gimadiev the investigating authorities wanted. To ascertain all of the causes of the escape of the defendant from house arrest ordered.