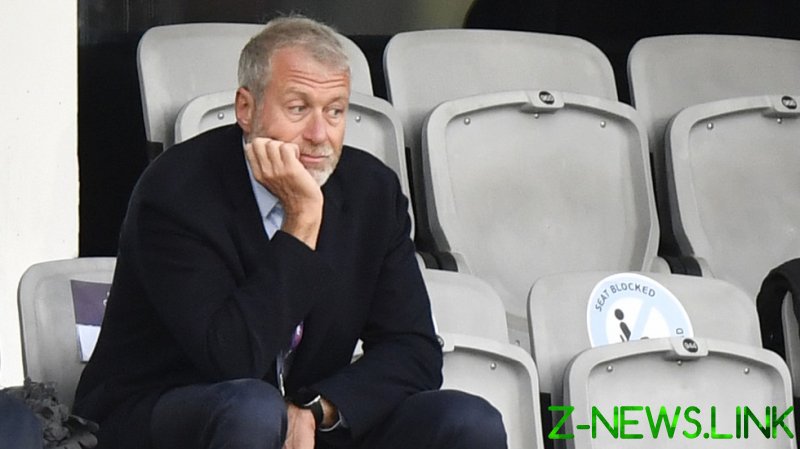 The billionaire brought the suit in response to the 2020 book ‘Putin’s People’, in which author Catherine Belton chronicled Putin’s rise to power and alleged, among other things, that he had directed Abramovich to buy the club in 2003 to expand Russian influence in the West. HarperCollins, the book’s publisher, admitted on Wednesday there was no evidence to support this claim, and announced that the book would be amended to reflect this.

“While the book always included a denial that Mr. Abramovich was acting under anybody’s direction when he purchased Chelsea, the new edition will include a more detailed explanation of Mr. Abramovich’s motivations for buying the club,” the publisher said in a statement, adding that it would also include a note that Belton’s sources for the allegations, two of whom were anonymous, had not provided evidence to back up the claims.

HarperCollins hailed the settlement as a fair agreement, and Chelsea FC posted on its website that Abramovich was also pleased with the decision. “As the objectives of this legal claim have never been punitive, we have not asked for any damages to be paid,” a spokesperson wrote. “We have, however, asked that HarperCollins makes a donation in lieu of damages to a charitable organization, to which they have agreed.”

Besides Abramovich, several other Russian businessmen, along with state oil company Rosneft, had brought lawsuits following the publication of ‘Putin’s People.’ On Wednesday, Belton wrote on Twitter that “this last year has felt like a war of attrition,” and compared the experience to “the Kremlin’s multi-pronged campaign against Ukraine.”

When ‘Putin’s People’ was published last year, some reviewers praised it as an important account of how the Russian leader came to power, his administration’s roots in the KGB, and his connections with ultra-wealthy individuals such as Abramovich. Other readers, however, criticized Belton for having relied on dubious sources in order to spin a sensational yarn, with one anti-Putin academic opining that the book was “untenable as history.”