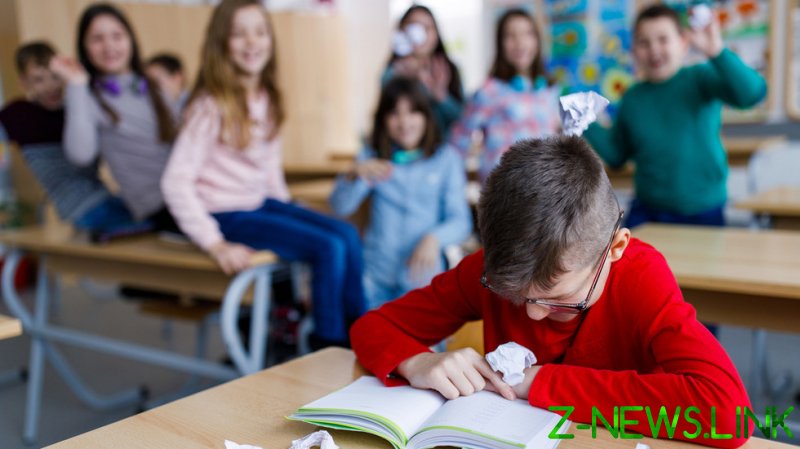 Human rights group Save the Children has called out bullying of Russian kids, saying they have become targets for abuse at school and online because of hatred being stoked against their nationality amid Moscow’s military offensive in Ukraine.

The bullying has gotten so bad that children of Russian origin in Denmark are afraid of being dropped off at school in the morning, Save the Children senior adviser Jon Kristian Lange told Danish broadcaster TV2 on Tuesday. The children “claim to have a stomachache” in hopes that they won’t have to go to school, he added, citing reports from multiple concerned parents.

Lange said the discrimination is similar to what children of Asian descent suffered after the Covid-19 virus originated in China. Save the Children has approached schools to raise awareness of the latest bigotry-based bullying and offered suggestions on how to discuss the war in Ukraine without shaming Russian students.

TV2 noted such examples as a Russian girl being accused of being a spy or “Putin’s friend” at Bankagerskolen in Horsens, Denmark. Officials at the school told TV2 that they have worked to prevent such abuse. “We take it really seriously,” said Vibeke Stensgaard, a supervisor at Bankagerskolen. “We talk to the parents and to the child and draw attention to it in all the classes. We work every single day to create safe communities.”

Lange, who is based in Copenhagen, said the bullying often stems from the way parents talk at home about the war and Russian troops. Online hatred directed against Russians also has a way of spreading quickly into the schoolyard. “We have to be careful because what we say is taken into the school,” he said, adding that many children go to school worrying that no one will play with them because of their Russian roots.

The bullying issue is just the latest example of anti-Russian sentiment that has escalated amid the violence in Ukraine. The vitriol has been stoked partly by public officials, such as US Representative Eric Swalwell (D-California), who suggested that all Russian students attending American colleges should be expelled from the country.