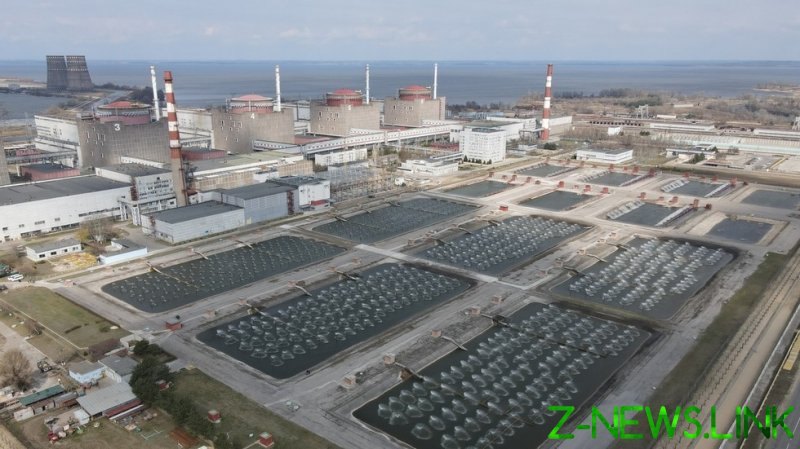 Russia has summoned an emergency session of the UN Security Council to discuss the situation at Ukraine’s Zaporozhye nuclear power plant, which has been the subject of regular shelling attacks. Moscow wants the chief of the UN nuclear watchdog, the International Atomic Energy Agency (IAEA), to brief the council on the situation.

The move, which was reported by Russian media on Tuesday, was confirmed by the deputy head of Russia’s mission to the UN, Dmitry Polyansky, who said the public needed to learn about “Ukrainian provocations.” The meeting is expected to take place on Thursday.

Russia says Ukraine has been responsible for a series of drone attacks and artillery strikes at the nuclear site. The latest shelling was reported last weekend.

Kiev denies the allegations and claims that Russia has shelled the facility itself to discredit Ukraine. Kiev’s National Security Council has also alleged that Moscow was using the power plant as a military base, keeping heavy weapons and personnel there. 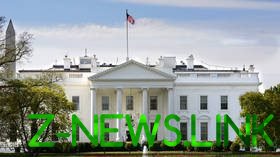 The IAEA has not had access to the site since before the Russian-Ukrainian conflict escalated in late February and relies on reports from Ukraine to assess the situation on the ground. The Zaporozhye plant is manned by Ukrainian nuclear workers despite being under Russian control.

On Saturday, Director General Rafael Mariano Grossi expressed the IAEA’s concern over the artillery strikes, stating that they underlined “the very real risk of a nuclear disaster that could threaten public health and the environment in Ukraine and beyond.”

“I condemn any violent acts carried out at or near the Zaporozhye nuclear power plant or against its staff,” he stressed.

Grossi is expected to lead an inspection of the facility for an independent assessment of the situation and verification that non-proliferation safeguards remain in place. 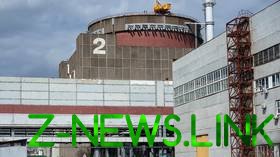 The Zaporozhye plant is the largest in Europe and stores tens of tons of enriched uranium and plutonium in its reactor cores and spent fuel storage, according to the IAEA. The watchdog chief earlier said he was alarmed that the security of the radioactive materials may be compromised amid Russian-Ukrainian hostilities.

Both Kiev and Moscow stated that they were eager for the proposed inspection to take place. However, it has yet to materialize due to security concerns. The Russian foreign ministry said on Tuesday that the delay played into Kiev’s hands by allowing it to continue its provocative attacks.

Moscow called on UN Secretary General Antonio Guterres to leverage his authority to speed up the IAEA visit. The UN Department of Safety and Security is acting irresponsibly by stalling the visit, foreign ministry spokesperson Maria Zakharova alleged in an interview on Wednesday.

Guterres last week said that “any attack to a nuclear plant is a suicidal thing.”

Russian diplomats and military officials stated that attacks on Zaporozhye power plant could result in a disaster worse than the Chernobyl reactor meltdown and steam explosion in 1986.