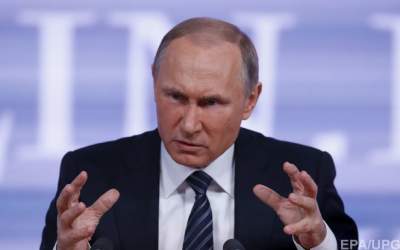 The imposition of sanctions in respect of Ukraine will take place in accordance with the decree signed by Vladimir Putin.

The Russian government is developing sanctions against Ukraine, which are then approved by the President of the Russian Federation Vladimir Putin. Under the restrictions should hit a few hundred individuals and legal entities, including business leaders and Kiev officials.

This was reported by sources of the Russian newspaper Kommersant in the White house.

According to their data, one of the measures of impact should be the blocking of assets of Ukrainians in Russia. But perhaps the impact of sanctions on their helpers would be symbolic. For example, according to the newspaper, the sanctions may relate to fertilizer producers, but imports of these products in Russia is negligible, and the Russian deliveries to Ukraine Kiev and successfully blocks their sanctions.

By August 1, these Russian Ministry should present “proposals for imported Ukrainian goods in respect of which can be applied retaliatory measures of a restrictive nature.”

The imposition of sanctions in respect of Ukraine will take place in accordance with the decree, which Putin signed on June 4. According to him, “sanctions” are imposed by the government on the President’s decision against foreign States and their organizations, officials and citizens.

A source in the leadership of one of the Russian ministries says that the question of introduction of sanctions against individuals and legal entities of Ukraine was on the agenda in 2014.