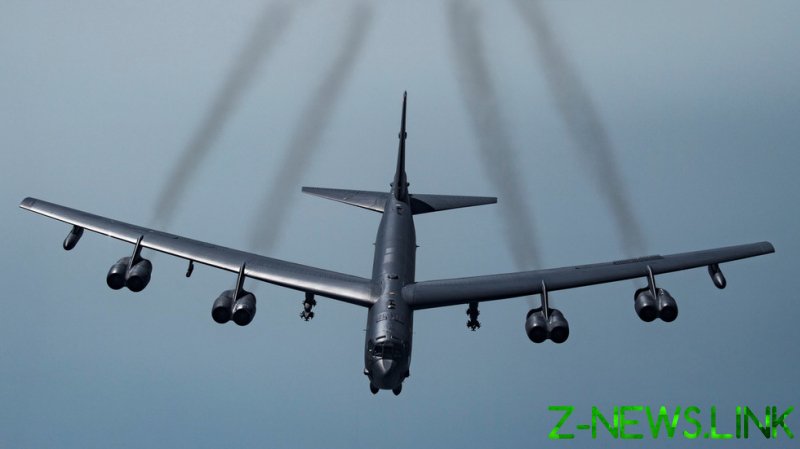 Russian airspace control detected three US Air Force B-52H strategic bombers approaching the country’s border on Friday, according to a statement from the Russian Ministry of Defense. Four Su-27 and four Su-30 fighters were quickly scrambled, and escorted the American aircraft away from Russian airspace.

“Violations of the state border of the Russian Federation by American aircraft were not allowed,” the statement concluded.

As the three bombers cruised overhead, a plethora of American and British intelligence-gathering aircraft and ships lurked over Ukrainian airspace and in the Black Sea, suggesting that the B-52s may have been testing Russia’s radar and air defenses over Crimea, which has been part of Russia after a referendum in March 2014.

Such tactics were commonplace during the Cold War, but are significantly rarer in modern times.

As well as sniffing out radar and missile sites, the flight may well have been intended as a show of force, meant to demonstrate US support for Ukraine, a likelihood backed up by the use of the nuclear-capable B-52.

The US European Command acknowledged the mission later on Friday, adding that the three bombers were joined by Ukrainian fighter jets. According to a press release, the mission gave the Ukrainians “valuable midair training,” and demonstrated the US and NATO’s ability to “deter Russia and assure allies and partners.”

Friday’s encounter was not an isolated incident. Russian jets took to the skies less than two weeks ago to intercept another flight of B-52s over the neutral waters of the Black Sea.

Both the US and Russia have been holding rival training exercises near the Russian border as of late. Most recently the US Army began artillery drills 70km from the border in Estonia this week, days after Russia held naval exercises in the Bering Sea.