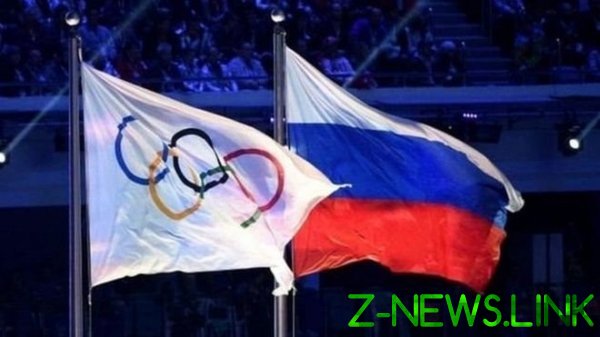 The authority for the supervision of the purity of the world athletics finally demanded to exclude Russia from the international Federation of this sport that may result in the rejection of the Russian athletes for the Olympics, even in a neutral status.

The national team of Russia has no right to participate in major international athletics competitions under its flag in 2015.

Wednesday night Division at integrity athletics (Athletics Integrity Unit, AIU) released a tough statement in which he urged not to defrost the process of admission of athletes from Russia as a “neutral authorized athletes” because of the new illegal actions of the Russian sports officials.

On the same day, WADA said that the detected manipulation 145 of the 298 records of suspicious doping samples from the database of the Moscow anti-doping laboratory.

AIU, established in 2017, a special Department to combat violations of sports ethics in athletics, regrets that the all-Russian athletics Federation (vfla) still has not taken responsibility for the mistakes and actions of the past and did not provide information about the doping tests, despite the repeated extension of the deadline for submission in the “World athletics” (the new name of the International Association of athletics federations).

At the world Championships in athletics in 2019 in Qatar under a neutral flag were made by 29 of the Russians.

If the process of providing to athletes of Russia of the status of a neutral athletes will not be renewed, they will be completely banished from the international arena. To obtain the status for participation in the summer Olympic games 2020 in Tokyo are those who have proven that regularly passed drug test and was not convicted of violations.

The status of the Russian Federation is now also in a frozen state, although the “World athletics” have developed the steps necessary to restore full membership.

The Russian side has not fulfilled these steps are nothing to do with the last Chapter of the club Dmitry Shlyahtin, nor with his successor Julia Tarasenko. Shlyahtin along with four employees were suspended from work in November after accusations that he interfered in the case of high jumper Daniel Lysenko, and then resigned.

According to AIU, wfla has still not showed any remorse and did not solanaceas in the charges. “Instead of wfla put a lot of effort to deny any involvement in this case, to blame others and criticize the procedure.”

After the statement of AIU “World athletics”, said that if the Russian side continues to deny the guilt of the international athletics body ready to prove it in sports arbitration.

It is also noted that if the Russian sports authorities recognize systemic abuse, “World athletics” develop a new procedure for obtaining Russian athletes access to competition in a neutral status.

Wfla as an organization will not escape the sanctions, but they will be applied in a milder form – the question about its exception from the “World of athletics” will not be placed, but on the contrary – will begin a phased process of restoring its rightful status.