Home / policy / Russia may be excluded from the Council of Europe

Russia may be excluded from the Council of Europe 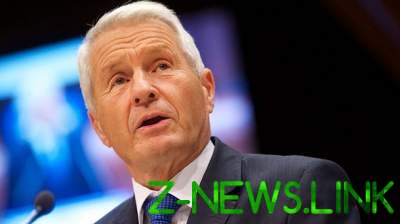 Moscow may be expelled from the organization if she will not participate in the selection of key personnel.

In 2014 Russia was deprived of voting rights in the organization after it annexed the Ukrainian Crimea. If the situation does not change, the election of new judges and leaders of the organization over the next two years will be held without Moscow’s participation.

Moscow may be expelled from the organization if she will not participate in the selection of key personnel. Thus, the newspaper writes, will be destroyed, legal bridge between Europe and Russia, which existed since 1996, when Russia joined the Council of Europe.

“There is a potential threat that Russia will leave the organization”, – said the publication of the Secretary-General of the Council of Europe Thorbjorn Jagland.

“If Russia will have to leave, then 140 million people will remain without the possibility to appeal to the highest court in Europe, which is very important for Russian citizens”, – said the Secretary General of the COE.

Russia still has not shown any desire to return to the Crimea under the authority of Kiev. In addition, according to Jagland, it continues to prevent the commissioners of the Council of Europe on human rights on the Peninsula that it was “totally unacceptable”.

“But we have to consider this: will Europe be better and safer if Russia remains itself outside of the legal system of Europe? For me it is a very sensitive issue,” – said Jagland.