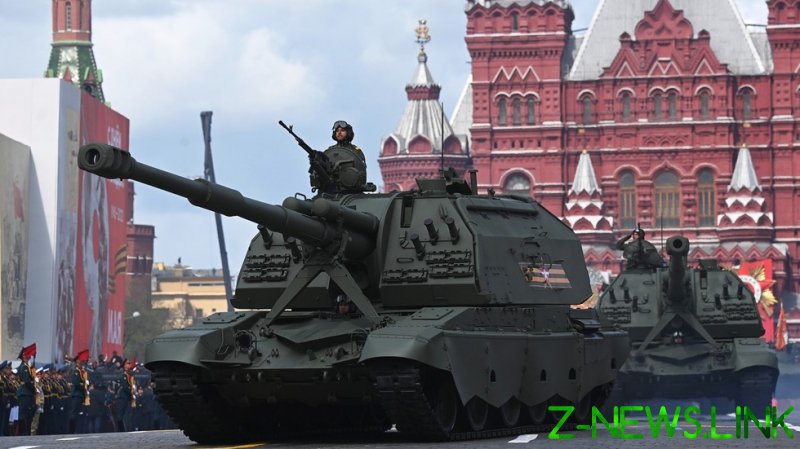 Up to 11,000 soldiers marched through Moscow’s iconic Red Square on Monday, followed by more than 100 armored vehicles, as Russia marked the 77th anniversary of the victory over Nazi Germany and its allies in World War II.

The Red Army’s fight against Nazi troops is known as the Great Patriotic War in Russia, and May 9 is one of the country’s most revered holidays.

“It is our duty to cherish the memory of those who vanquished Nazism,” President Vladimir Putin said as he kicked off the parade. He added it was crucial “to stay vigilant and do everything so that the horror of a global war would never be repeated.”

The parade in Moscow took place amid Russia’s military campaign in Ukraine, which was launched in late February. 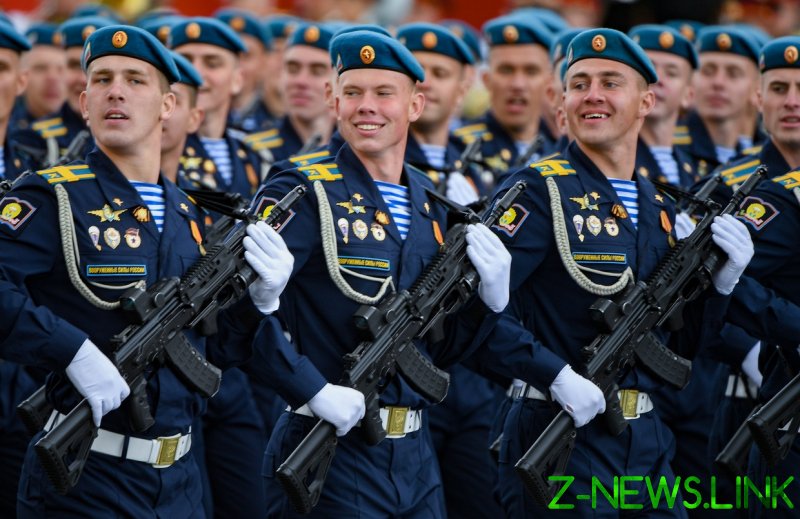 The vehicles were led by the historic T-34-85 tank, which was used extensively by the Red Army during the war.

They were followed by Typhoon-K armored jeeps with Okhotnik (Hunter) remote-controlled turrets. 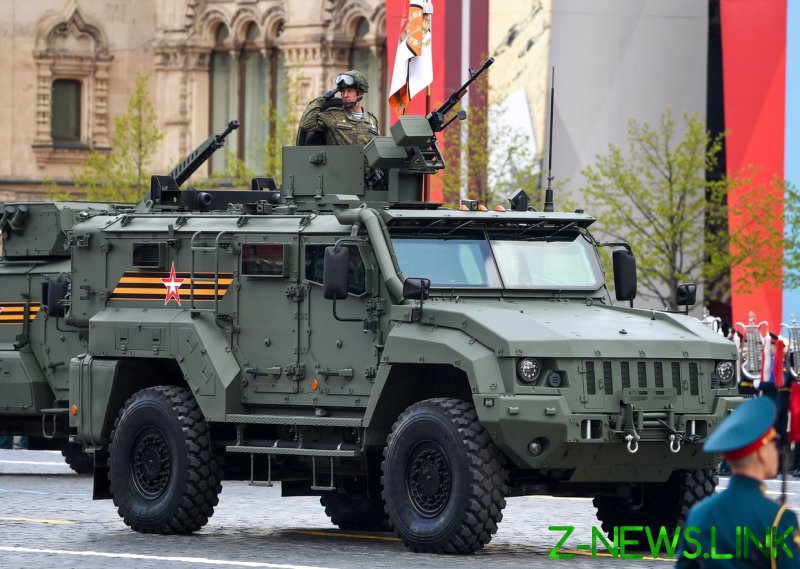 Kurganets-25 armored infantry fighting vehicles were equipped with the newest Epokha (Epoch) weapons module that allows them to destroy targets with guns and rockets. 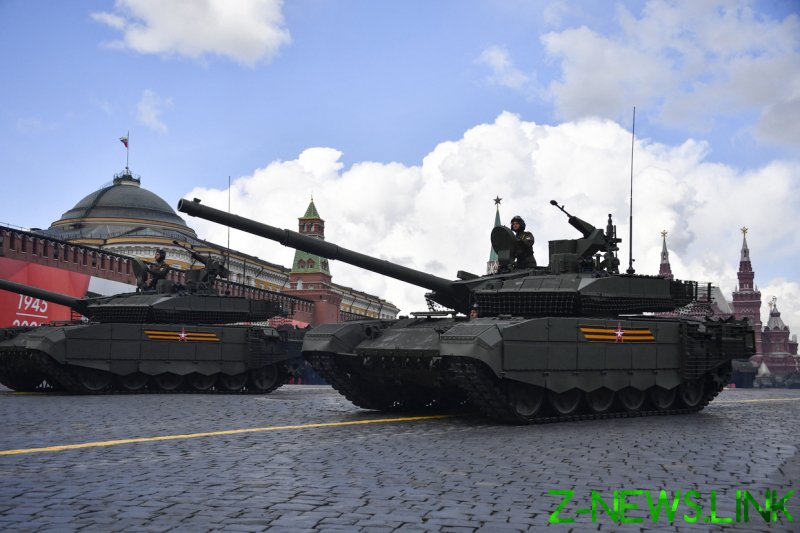 Russia showcased its S-400 air defense missile systems that are capable of striking airborne targets at the range of up to 250km (155 miles). They were followed by the Yars thermonuclear intercontinental ballistic missiles that can travel 10,000km (6,213 miles). 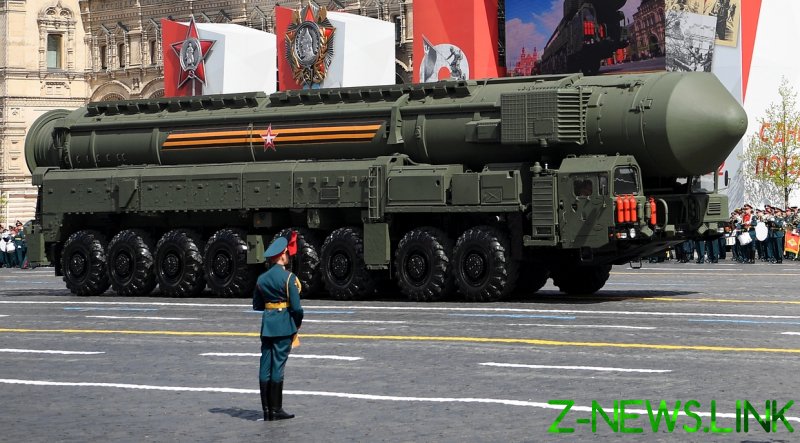 The traditional flyby by military aircraft was canceled at the last minute due to bad weather. The Defense Ministry was planning to have the Il-80 command plane fly over Red Square for the first time since 2010. The aircraft has been dubbed ‘the doomsday plane’ by the media because it is designed to coordinate decisions during a nuclear war.

Flybys were also canceled in St. Petersburg and other cities.