Home / WORLD / Response to Fauci’s emails proves everything is fake, narrative management trumps reality, and those in power want it that way

Response to Fauci’s emails proves everything is fake, narrative management trumps reality, and those in power want it that way 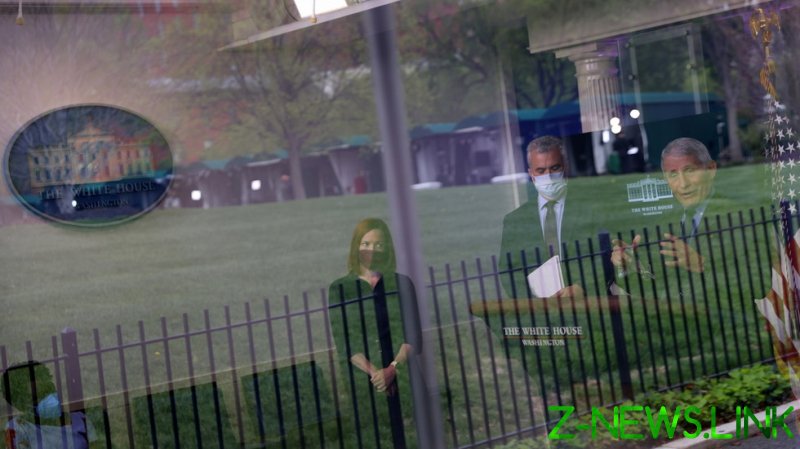 One of the things the emails suggest is that Fauci colluded with Peter Daszak – head of the EcoHealth Alliance, which channeled US research funding to the Wuhan Institute of Virology – to suppress and dismiss any notion that the virus causing Covid-19 may not have evolved naturally.

Thing is, Daszak actually went around giving interviews about his work in China throughout last year, and nobody in the media thought to connect the dots. Simply put, Donald Trump said the virus came from China and might have come from a lab, therefore that had to be wrong and racist, end of story, case closed.

That’s just one, most recent and most acute example of Narrative trumping reality at all cost. Millions of deaths, widespread destruction of the economy, tectonic changes in society itself? Small price to pay for “progress” and ensuring the “correct” outcome of the 2020 election, the fortifiers of Our Democracy might say, without anyone batting an eye. “Build back better!” the press parrots instead.

Trump disagreeing with CNN is a mortal threat to democracy and free speech, but Biden telling a reporter he’d rather run her over with an electric truck than answer a question about the war currently going on in Israel is a funny joke, haha, how hilarious. What flavor of ice cream did you order, sir?

This may seem partisan at first blush, but let’s remember this is the same media that once proudly carried water for the narrative about “Saddam’s WMDs.” So the old Democrat-vs-Republican dichotomy doesn’t really work here, and misses the bigger picture to boot.

A truly free society would have no official narratives, Australian columnist Caitlin Johnstone wrote earlier this week. Thing is, modern societies are not free, and official narratives are all they really have. Where would Joe Biden’s legitimacy be without the January 6 Capitol “insurrection” narrative?

American founders codified the First Amendment because they regarded a free press necessary for a free republic. Yet the corporate media complex and their Big Tech counterparts have become a lapdog, not a watchdog, of power. Even the agencies, once thought neutral and objective, are in on it. AP literally rewrote its stylebook to limit the use of “riot” last summer. Reuters “fact-checked” Biden’s eulogy for Robert Byrd as false because the Democrat senator wasn’t a “grand wizard” of the KKK but merely an “exalted cyclops.”

What this Orwellian replacement of facts with narratives does is condition the public to echo Hillary Clinton’s infamous Benghazi defense: “What difference, at this point, does it make?”

“Facts” mean nothing to this crowd. “Science” isn’t a rigorous process of finding the truth, but a word-totem invoked to grant authority and banish dissent. “Truth” is whatever they declare it is at the moment, and when it stops being convenient they’ll shamelessly go back and rewrite their own words, pretending all along that that’s what they’ve always believed. Yes, it’s literally Orwellian behavior, but they don’t seem to care.

After all, what are you going to do, change the channel? Actually, that’s happening. Month after month, ratings reports show CNN and MSNBC getting their clock cleaned by Fox News – and Tucker Carlson in particular. The response is to triple down on wokeness and Democrat talking points, while waging a veritable jihad against Fox for “misinformation.”

To think that the media will come to their senses when the reality of ratings hits them in the face, therefore, is foolish. They simply don’t give a damn. Could it be that they don’t care for money as much as they care about power? And not just proximity to political power, but the power to shape and control reality itself, to remake society according to their utopian ideas. Even assuming those ideas are good – and that’s debatable at best – having that sort of power corrupts absolutely, to borrow the expression from Lord Acton.

The media were meant to be a means through which the public collectively perceives reality – not the creators of reality itself! Yet they act as if the latter is true and intended. That’s dangerous. They believe themselves in control of reality, to the point where they’re impossible to reason with. Confront them with actual facts, or principles, or laws of physics, and they either censor you – or cackle and carry on.

Biden’s behavior starts making sense when you understand he exists in a fantasy world, entirely conjured by the press and his staff. As do thousands of activists, ‘NGOs’ and cultist consumers of US government grants around the world. How does one reach these people, who have internalized the “logic” of Who/Whom? That might be the most important question facing not just the US, but the world, very soon.