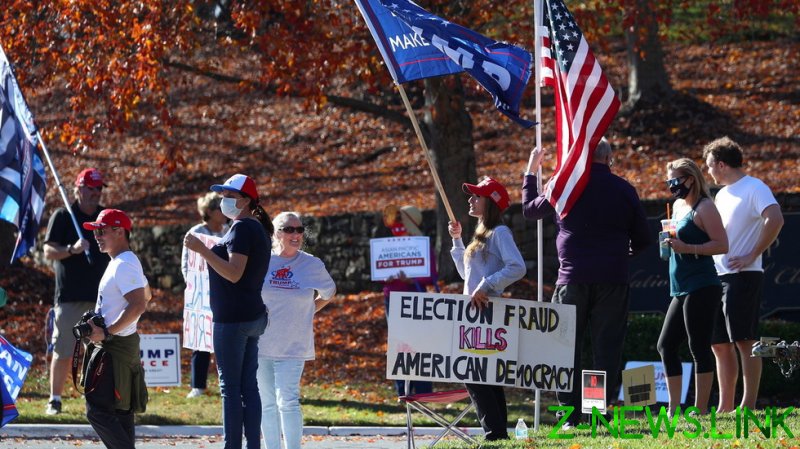 “If we don’t solve the Presidential Election Fraud of 2020 (which we have thoroughly and conclusively documented), Republicans will not be voting in ‘22 or ‘24,” Trump declared in a public statement. “It is the single most important thing for Republicans to do.”

The former president has maintained that the 2020 election was fraudulent, though this has not yet been officially confirmed or proven in a US court of law.

Calling on Republicans not to vote in 2024 confused many on social media as Trump himself could be running for office again. He has not said whether he will run again or not, but he has teased that he’s made a decision.

Some critics mockingly agreed with Trump’s idea of having Republican voters stay home for both the midterms and the next presidential election.

Others compared the discouragement to vote to the situation with Georgia’s runoff elections late last year, when Republicans lost two essential Senate seats after an election where discussion about alleged fraud in the 2020 presidential election was still prominent among conservatives.

In a separate statement released on the same day, Trump went on to blast the House committee investigating the January 6 Capitol riot and said they should be looking at the election instead.

The riot at the Capitol was preceded by a nearby rally where Trump and others continued to say the results of the election were fraudulent.

While he had called on Republicans not to vote earlier, he later said he looks forward to the Republicans who don’t support him and his claims being voted out of office soon and being replaced by competitors, “with my complete and total endorsement.”

“Hopefully, each one of these cowardly RINOs, whose names will be identified and forthcoming, will be primaried, with my Complete and Total Endorsement, in the upcoming election,” he wrote.