Regardie are cars with cameras 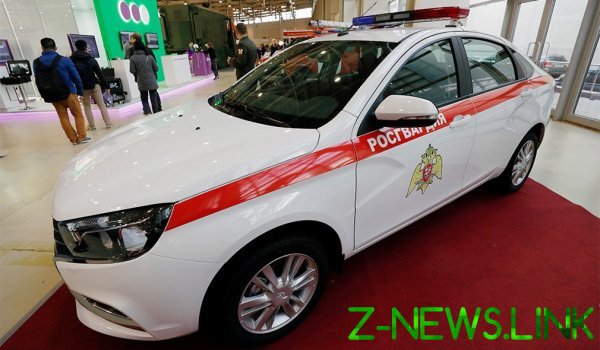 Regardie is testing new patrol cars LADA Vesta Sport for private security, equipped with all necessary technical equipment, including thermal imaging, said the head of the Department of equipment and weapons of Regardie Lieutenant General Alexei Bezzubikov on the scientific and technical Council of the Ministry.

“The patrol car LADA Vesta in the area of responsibility perform their tasks should be the main vehicle, equipped with modern digital IT-systems and all-weather observation devices and object recognition,” – said Alexey Bezzubikov.

According to him, the patrol of Vesta Regardie in the maximum configuration, equipped with radio, mobile device for remote access to databases, a night vision device and thermal imager.

It is expected that every patrol car on the LADA Vesta will interact for two-three specially designed for Regardie patrol cars LADA Granta in a more simple configuration, said Alex Bezzubikov.

“These vehicles were tested in Moscow and Ulyanovsk. Estimates are mostly positive. The developer transferred to the comments and suggestions of personnel for implementing improvements in production vehicles”, – concluded the head of the Department of equipment and weapons of Regardie.

As previously reported by “AUTOSTAT”, sales of “charged” sedan LADA Vesta Sport has started at the end of January 2019. The novelty is available in the maximum configuration Luxe at a price of 1 million 009 thousand 900 rubles. In the vehicle of sedan LADA Vesta Sport entered the stabilization system, climate control, cruise control, multi-function steering wheel, heated front seats, rain sensors and lights, audio system.

The car has forced engine LADA 1.8 liters with a reconfigured system of variable valve timing. Along with the modernized systems intake and exhaust it is allowed to raise the maximum engine power to 145 HP Engine is equipped with a manual transmission with the heavy duty actuators.