Home / policy / “Recognizing Lukashenko, Russia bet on a lame but a dead duck…”

“Recognizing Lukashenko, Russia bet on a lame but a dead duck…” 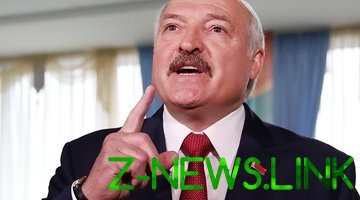 If Russia’s recognition of the victory of Lukashenko, the Belarusians protest was clearly directed against him, now he will be targeted against Russia

The political scientist Andrei Suzdaltsev commented for the news Agency congratulations on his re-election, which Putin did to Alexander Lukashenko :

“Unfortunately, I chose the path of least resistance. It was clear that Russia would recognize the elections. Lukashenko — our hostages.

Lukashenko is now very weak. It rests on bayonets. Calculation, probably, that in such circumstances he will sign any agreement. But this is the wrong tactic.

He can sign anything, but to comply then nothing will happen — always does. And even accused us that we gave him enough money.

This election will only aggravate our problems in Belarus. To be against there, is now fashionable. The protest was clearly directed against Lukashenko, and now it will be directed against Russia. We bet not that lame — a dead duck. Ukraine-2 may happen there in the near future…”