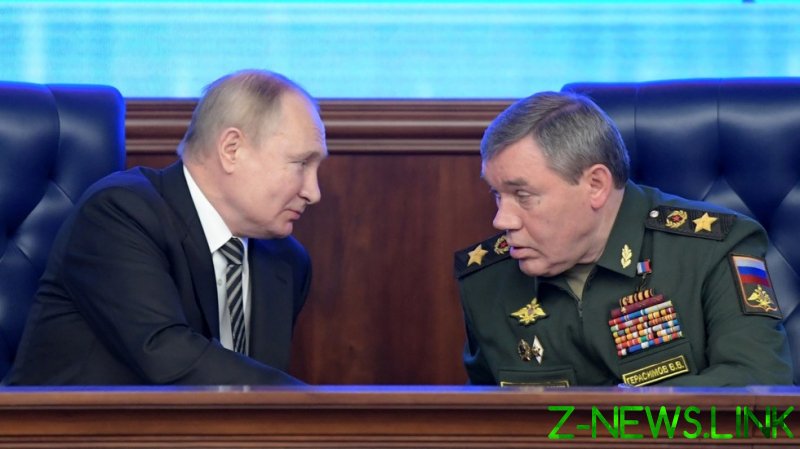 As part of an expanded meeting at the Ministry of Defense on Tuesday, Putin said that the attitude of the US and its military bloc towards Russia is driven by “an illiterate, incorrect analysis” of the status quo. According to him, the West believes it can take an “aggressive line” towards Moscow because of its perceptions of having won the Cold War. He added that Russia has “every right” to take steps to defend itself, and pointed to a number of new arms systems being trialed to modernize its arsenals.

In the address, Putin stressed that Russia needs “long-term, legally binding guarantees” from Washington prohibiting NATO’s potential encroachment on his country’s borders. Last week, Moscow prepared two documents, one for the military bloc, and one for US officials, asking for a wide range of assurances it said were aimed at strengthening the security of all parties involved. The proposals focus on the movement of military personnel and hardware, and include a requirement that Ukraine’s long-held aspirations will not be realized.

The proposals came after talks between the Russian leader and his US counterpart Joe Biden earlier this month, via video link. Putin said his country was “seriously interested” in getting “reliable and firm legal guarantees” that would rule out NATO pushing further into Eastern Europe, as well as the deployment of “offensive strike weapons systems” nearby.

Foreign Minister Sergey Lavrov sounded the alarm earlier in December, expressing concern over a significant number of the bloc’s weapons, including American and British hardware, being moved closer to Russia. The top diplomat warned that this could lead to an all-out provocation.

However, Putin went on to say that even if the US were to offer such assurances, ruling out further NATO expansion, it would be hard to trust that American officials would stick by them, given what he described as a track-record of pulling out of international treaties once they become “uninterested” in honoring them.

As evidence, Putin pointed to the Open Skies Treaty, which Washington unilaterally withdrew from last year, accusing Russia of breaking its terms. The agreement was first mooted by the US and the Soviet Union in the 1950s as a way of boosting transparency around troop movements and the deployment of nuclear weapons. He also referenced America’s decision to leave the Anti-Ballistic Missile Treaty in 2002, a Brezhnev-Nixon accord inked in 1972, designed to limit the scale of prospective missile defense systems.

Earlier this month, Foreign Ministry spokeswoman Maria Zakharova spoke out to condemn what she characterized as Washington’s broken pledges, arguing that “since the end of the Cold War, Russia has been repeatedly assured that NATO’s jurisdiction and military forces will not move an inch eastwards.” According to her, “all these promises have been forgotten and not fulfilled. The result is the current sad state of European security.”

Putin has previously insisted that Western leaders gave the last Soviet premier Mikhail Gorbachev guarantees that the US-led military bloc would not seek to fill the space left after the collapse of the USSR. In 2017, a tranche of documents was declassified, and was subsequently widely interpreted as showing that American, British, and German officials offered verbal assurances to the Kremlin in the 1990s that the organization would not expand into Eastern European nations, before then admitting countries such as Poland, Lithuania, Latvia and Estonia.

Putin also warned about the prospect of the US-led military bloc’s hardware appearing on Ukrainian territory, arguing that if Western missile systems are deployed there, “their flight time to Moscow will be reduced to 7-10 minutes, and if hypersonic weapons are deployed – to just five.”

The Russian president’s remarks come amid heightened concern over American weapons systems being handed over to Kiev. At the end of November, Lavrov said claims that Ukrainian troops had deployed American-made Javelin rocket launchers were a concerning development and could lead to provocations on the ground. His remarks came just hours after the head of Ukraine’s military intelligence service revealed that the Javelin had been tested and was being handed to soldiers in the war-torn Donbass region. 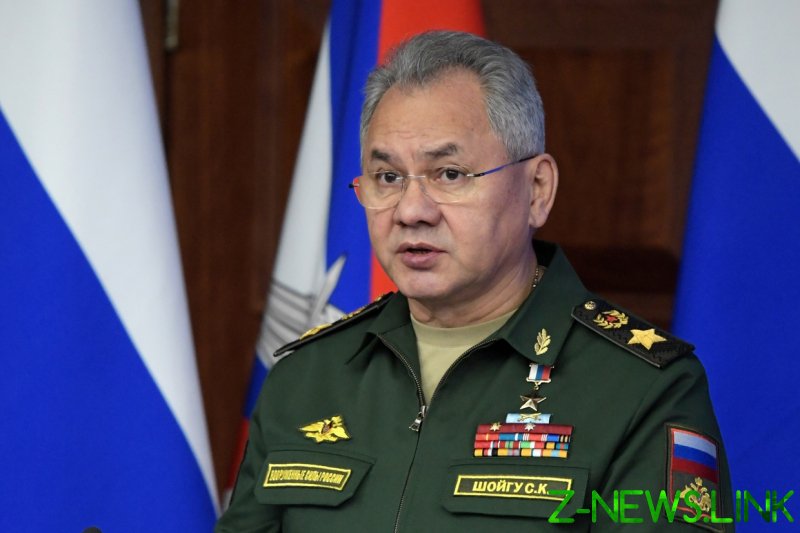 Russian Defense Minister Sergey Shoigu also took the floor on Tuesday, following Putin’s speech, to reveal that Russia’s new high-tech hypersonic missile – capable of flying through the air at around nine times the speed of sound – has finished testing and will begin shipping to the military in 2022. He also said Moscow will be investing $3.5 billion into upgrading the arsenal in the coming years.

“By 2026, the number of carriers of high-precision, long-range weapons will grow by 30%, and the supply of cruise missiles of various types will double,” the minister explained.

In November, Putin stressed the importance of developing and implementing technologies “necessary to create new hypersonic weapons systems, high-powered lasers and robotic systems that will be able to effectively counter potential military threats, which means they will further strengthen the security of our country.”

Shoigu went on to allege that US private military companies are preparing a chemical weapons “provocation” in eastern Ukraine. He claimed that containers with “unidentified chemical components” have been delivered to the cities of Avdeevka and Krasny Liman in the Donbass. However, the minister provided no further details or evidence of the chemical attacks that had purportedly been planned.

Tensions have been escalating in the east of Ukraine for several months, with a number of Western officials and news outlets reporting that Russian troops were amassing near the demarcation line. This, they claimed, was evidence that Moscow had planned to launch a full-blown military invasion of its neighbor. The Kremlin has repeatedly denied the allegations, insisting they are groundless and a sign of growing “hysteria.”

Instead, Moscow has accused the West of encouraging Kiev’s officials to provoke Russia and seek a military solution to the situation in the Donbass. Lavrov warned at the end of November that “if the West cannot hold back Ukraine – and actually encourages it – of course we will take all necessary steps to ensure our security.” The Russian side insists that Kiev has so-far refused to hold talks with the leaders of the two self-proclaimed Republics in Donetsk and Lugansk, as mandated by the so-called Minsk Agreements.

By Layla Guest and Gabriel Gavin