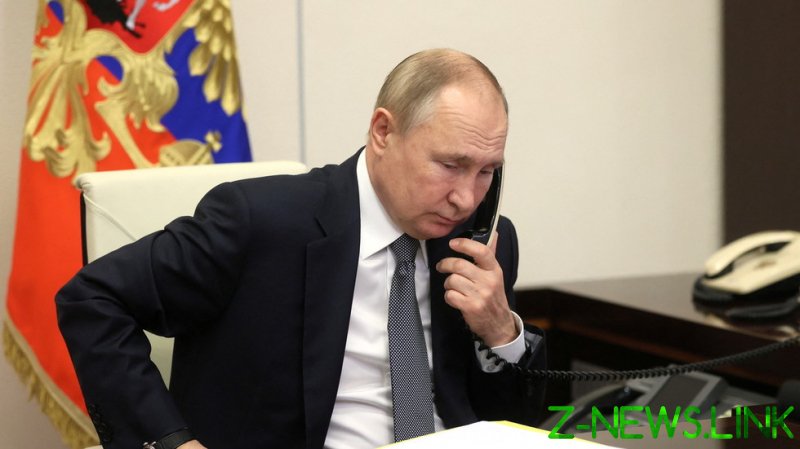 Putin congratulated Scholz on his election as long time leader Angela Merkel’s successor, and noted that he’s had plenty of experience dealing with Russia as the mayor of Hamburg, St. Petersburg’s sister city.

Tuesday’s call came a day after Moscow expelled two German diplomats in reprisal for Berlin’s expulsion of two Russians last week. Germany has blamed Russia for the killing of a Chechen separatist who had sought asylum in the country. The Kremlin has denied the accusations.

The Russian readout of the Putin-Scholz call did not mention the diplomatic tiff, or the ongoing impasse over Nord Stream 2, a pipeline under the Baltic Sea awaiting certification from German regulators to begin delivering natural gas to Europe.

It did say, however, that Putin provided Scholz with “detailed comments” on the Russian proposal for a legal treaty with NATO enshrining security guarantees for Moscow.

At Scholz’s request, the two also “thoroughly considered” the crisis in Ukraine, which Putin called an internal conflict. Kiev is still “stubbornly avoiding” to fulfill its obligations under the 2015 Minsk agreements, Putin noted, which makes it difficult to organize another ‘Normandy format’ meeting – talks on the matter mediated by Russia, Germany and France.