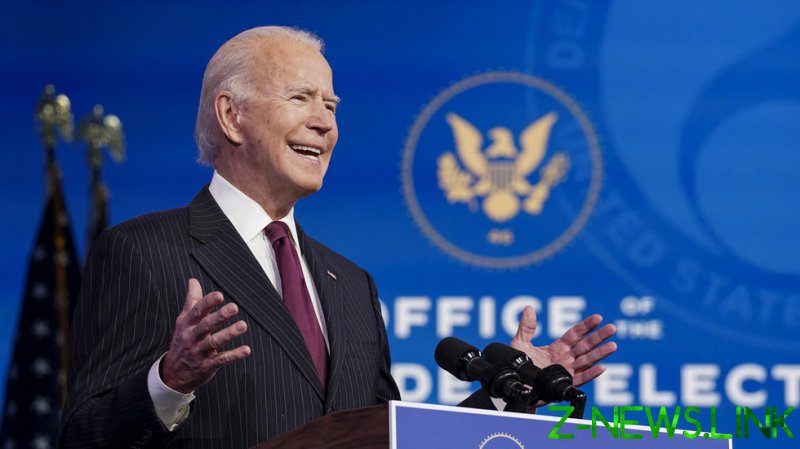 During his annual end-of-year press conference on Thursday, Putin was asked by the singer, who branched out into politics and journalism earlier this year, why Russian hackers didn’t help Trump secure re-election this time around.

“It isn’t so much a question,” Putin replied, “as a provocation. Russian hackers didn’t help Trump get elected. They didn’t interfere in US elections – it’s all speculation to tarnish relations between our two countries. We hope that all these problems, or at least some of them, will be solved under the new administration.”

The president added that “almost 50 percent of the population voted for Trump, he has a large base of support within the United States. And he, so it seems, is not going to destroy his own country.”

Claims that Russian cyber experts helped to sway American voters away from Hillary Clinton and into the arms of Trump have plagued the US debate around the results of the 2016 vote. Trump, and the Kremlin, have consistently denied any collusion and in 2019, the long-awaited Mueller report found no evidence of a conspiracy between the two.

“To quote a classic Russian film, if something heavy is dropped on you, its easy to point the finger at some ‘bad man’.”

Shnurov, who rose to fame as the frontman of the Leningrad rock group, became co-chairman of the liberal-leaning Growth Party in February, and was appointed in June as the lead producer for Russian-language news network RTVI based in New York.