Home / WORLD / Proud Boys chairman released from jail but ordered to stay away from DC, blocking him from attending pro-Trump protest

Proud Boys chairman released from jail but ordered to stay away from DC, blocking him from attending pro-Trump protest 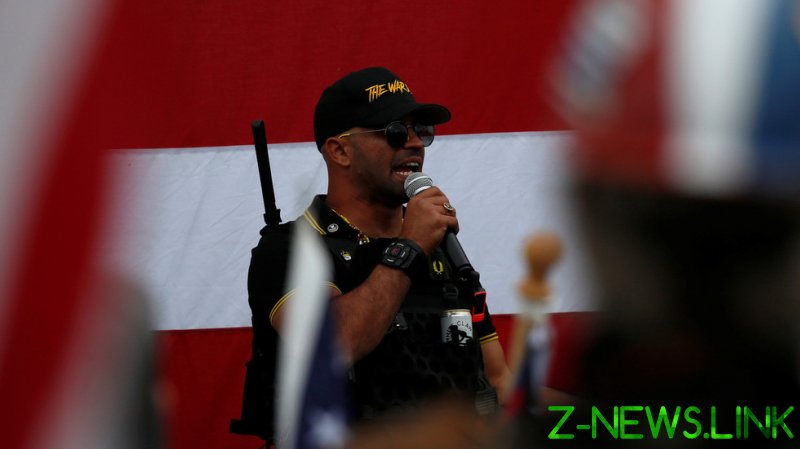 Superior Court Magistrate Judge Renee Raymond on Tuesday ordered Tarrio to stay outside the District of Columbia until his court hearing in June. She denied a request by Tarrio to limit the ban to Black Lives Matter Plaza.

The ruling came one day after Tarrio was arrested shortly after arriving in Washington to participate in demonstrations demanding that President-elect Biden’s win be overturned. A massive protest is expected in the capital city on Wednesday, when Congress convenes to certify electoral results from across the nation. President Donald Trump has alleged that Biden won based on hundreds of thousands of fraudulent votes.

Tarrio, 36, was charged with destruction of property over the torching of a BLM banner that was torn from a black church last month in Washington. Raymond reportedly suggested that BLM signs in the city would be put at risk if Tarrio were allowed to stay in the city. Tarrio, who is Afro-Cuban by heritage and lives in Miami, also faces weapons charges because upon his arrest, he was allegedly found to be in possession of two high-capacity ammunition magazines that are illegal in DC.

Conservatives pointed out the irony of Tarrio being prosecuted for allegedly burning a banner after BLM and Antifa rioters largely got away with burning a historic church, vandalizing national monuments, violently attacking people and throwing rocks and bottles of urine at police. The order that will prevent him from attending the protests was seen as adding insult to injury.

“They are afraid to have him out for the 6th,” one Twitter user said. “Don’t worry. I’m pretty sure his boys will prevail at protecting innocent people.”