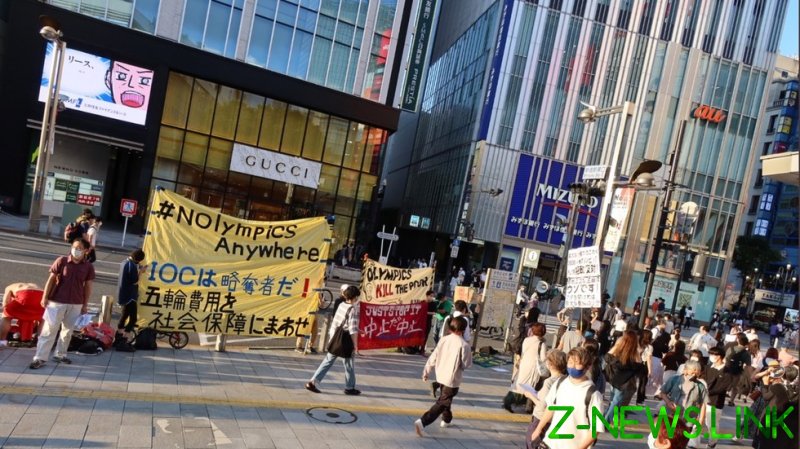 Protesters gathered in Tokyo and Sapporo on Sunday to voice their opposition to Japan’s ambitions to host the 2030 Winter Olympics.

The Associated Press reported that around 50 people gathered in each city holding “No Olympics” banners and attempted to argue their case with other members of the public who passed by.

“The IOC (International Olympics Committee) is a bunch of thieves. Spend on welfare, not the Games,” read one banner held up in the Shinjuku district in the country’s capital.

Sapporo is considered one of the front runners to land the Games with opposition from Salt Lake City and Vancouver. Last week, however, Sapporo’s city legislature rejected a proposal for a city-wide referendum on the matter.

While other cities that have held public votes in the past have normally turned down the proposal, Sapporo officials insist that polling has shown how 52% of the public in the city of two million on Hokkaido Island have shown support for hosting the games again for the first time since 1972.

Because of this, a referendum would therefore be unnecessary.

Against her city holding the spectacle, Yuki Kubo said that hosting the Olympics will “cost so much”.

“People are having a hard time making a living. This is no time to be wasting money on the Olympics,” she added, as officials have estimated total hosting costs at $2.6 billion.

Though Sapporo hopes it can use some facilities leftover from the 1972 Winter Olympics, and others from when Nagano hosted in 1998, the official cost of hosting the Summer Games last year in Tokyo was $13.6 billion – or twice the original estimate.

Simultaneously, though, government audits have shown that the actual cost might be some way over the official number, with all but about $6 billion spent representing public money.

In Tokyo, protester Misako Ichimura said that the Olympics were “far from over” as the city “has been saddled with a big debt we have to pay”.

Elsewhere, Akira Hayama, a student, remarked that it was “unbelievable there is talk of having the Games in Sapporo”. “It seems everyone has forgotten,” she added, while standing next to a big banner that read: “Just stop it.”

As Hayama implied, there was widespread and persistent public opposition to Tokyo 2020 in Japan which then faded due to few fans being allowed to attend events while the pandemic was still in effect. 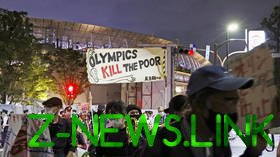 Tokyo having taken extra costs on and losing near to $1 billion in potential ticket sales has led some to conclude that the IOC owes Japan, which will stand in its favor when it comes to Sapporo potentially hosting in 2030.

The IOC is expected to name the successful host in a May 2023 meeting in Mumbai where it might also award the 2034 Winter Games to an interested hosting party.

In 2026, Milan and Cortina d’Ampezzo in Italy will host the spectacle.