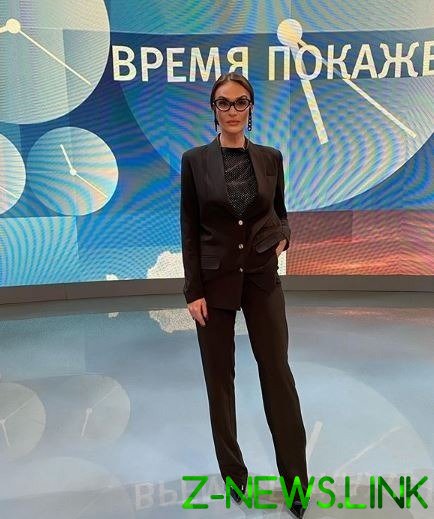 “Propaganda of aggression and ignorance”

Instagram-blogger Alyona Vodonaeva on his page in Instagram spoke about how she was criticized Federal channels after she is skeptical about the measures of demographic support proposed by Vladimir Putin.

“My opinion about the maternity capital was too popular, so the main channels and some of the leading experts spend hours to convince each other of how terrible and cynical people who have agreed with my words about abortion and netcapital. Moreover, the expression “respected” not shy”, — wrote Vodonaeva.

In her words, “more or less decently passed the air on the First channel”. More she said on a teleconference as part of the show “60 minutes,” which on “Russia 1” lead Skobeeva Olga and Evgeny Popov. According to Vodonaevoy, news about her channel illustrated “only photos and videos from my shooting for Maxim magazine”.

“Why, if I have Nude photos in Instagram, I can’t talk about what is happening in the country, expressing their civic position? What is this political talk show in which 30 minute show you my Nude photos? Host of the show and everything else is a political commentator, for a moment, and is claimed in a derogatory tone that I had worked in the market in Tyumen. It’s a shame for the employees of the Tyumen markets, I was not working, but if I were, I would not like. If you, Olga, do care about the value of my 2 million subscribers, I am very concerned about the millions of Russians who daily look at the propaganda of aggression and ignorance,” — said Vodonaeva.

We will remind, addressing the Federal Assembly, Putin proposed to include from January 1, 2020, the monthly payment for children aged three to seven years inclusive. Payments will be to the family, whose official income is below a subsistence level per person. Payment in 2020 will amount to 5.5 thousand rubles, and in 2021 — about 11,5 thousand roubles on the child. The maternity capital program will be extended until the end of 2026, and to give it starts already for the first child and 466 thousand. 616 thousand roubles will receive families with two children. The amount will be indexed annually. Such rules should be spelled out from 1 January 2020. At the birth of the third child can expect to receive from the state of 450 thousand rubles for repayment of the mortgage loan.

Then Vodonaeva wrote in the Instagram post, which suggested that such measures and the problem of demography is not resolved. “The problem of demography is not the size of the parent capital, and in the standard of living of Russians. This million with little risk of becoming fatal for future generations, if the desperate poverty of the Russians or cattle, which is not always enough for a bottle of vodka, will give birth for the sake of a million. Will not save either 5 thousand or 11 thousand, or even a free hot meal in schools. In order to feed their children and themselves, people will borrow and pay from generation to generation. We have problems with gardens, with schools, with healthcare and specialists. What is birth, my dear friends?” — said Vodonaeva.

Curiously, the very next day about the criticism of measures of state support, said President Vladimir Putin. “Awesome, I didn’t even imagine this, it turns out, now there is the opinion of those who spread their opinion that it is not necessary to state in this volume to support families with children. It’s surprisingly simple. But it’s there. We have to show that these people are. Some moral freaks” — quoted Putin RIA “Novosti”.

At the end of December Vodonaeva also critical remarks about the demographic problem, which caused the anger of the Patriotic public. Then the occasion was the initiative of the Ministry of health of Samara region, which encouraged private hospitals to refuse abortions. The point of the post Vodonaevoy was to ensure that the cause of the demographic crisis are the low incomes of Russians.

“Give birth in Russia is either rich or uneducated rednecks, for the most part. First take care to have someone to spend them in the next century. And the second is not enough sense and responsibility to realize that to raise a child in Russia is not just to go on the thumb and to buy in addition to the usual bars in the “roundabout”, a jar of baby food and diapers. […] Girls who read me, judging by the statistics of my profile, you are the master of the “parent Foundation” of our country. So, don’t listen to the advice of the politicians, if you are in doubt that they are ready to raise a child. Abortion is your business, concerning your body and capabilities. Get an education, build a career, see the world, earn money and then think about motherhood. It is not necessary to give birth to slaves to the state”, — wrote Vodonaeva.