Home / policy / Progress in the liberation Sentsov no, – Peskov

Progress in the liberation Sentsov no, – Peskov 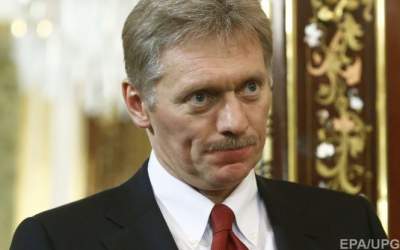 The Kremlin has responded to a request of the Secretary General of the Council of Europe.

The petition of the Secretary General of the Council of Europe, Thorbjorn Jagland, cannot be the basis for the pardon of Ukrainian political prisoner Oleg Sentsov, said press Secretary of Russian President Dmitry Peskov.

“This request from the point of view of Russian legislation cannot be the basis for any action, because you know what is the procedure of pardon in the Russian Federation”, – he said.

Peskov added that he had not seen the letter from Jagland.

He also said that progress in the issue of the release of Sentsov not.

Earlier it was reported that Jagland has filed a formal petition to the President of Russia Vladimir Putin to pardon a Ukrainian Director Sentsov.

Ukrainian were detained by Russian security officials in Crimea on 11 may 2014. He was accused of allegedly preparing terrorist attacks in the Peninsula during its occupation by Russia. Later Sentsov accused of possessing weapons and explosives.

Oleg Sentsov started a hunger strike on 14 may. He demands the release of all detained Ukrainian political prisoners (about 70 people).

Ukrainian film Director refuses to stop the hunger strike, despite calls from the European court of human rights.