Home / business / PR vs survival of the organization

PR vs survival of the organization 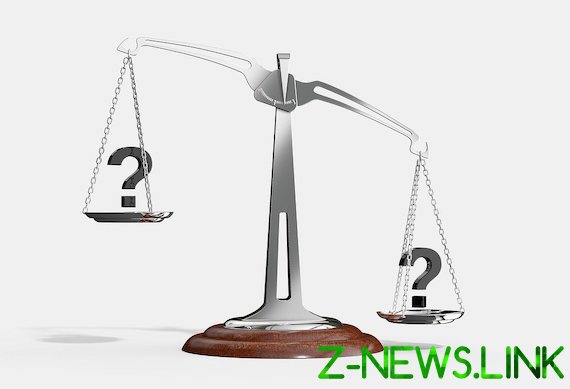 In a crisis caused by isolation, many organizations have much to save, and sometimes on the wrong things. So, one of the most common and dangerous economies is a PR. So dangerous that can cost you organization.

Sometimes from the heads of different organizations hear statements of the following kind: “We don’t do PR, we need to ensure the survival of the organization.” I understand the thinking of these people, and the situation in which they find themselves, too. But this does not negate the fact that without proper attention to the PR, these efforts on survival in the best case will become the norm, and the organization will always win, and at worst altogether in vain.

Before any organization and its leaders is a very mundane task — to survive. It may not be so obvious for the average employee who walks to work and gets paid for it. But it is a headache any Manager who needs to ensure that the organization has received enough income that he was to pay those salaries. As well as taxes, rent, pay for the means of production, including the purchase of goods and raw materials for production.

And that the head of it is concerned there is nothing wrong. What’s more — a leader who doesn’t care about the income of the organization, on salaries and welfare of its employees, in fact committing treason against the organization.

However, there is one important point that distinguishes successful and a large organization from a small and always bustling. Large organizations operate strategically, while stuck in a state of “cope” live for today. One of the classics of management of L. Ron Hubbard in one of his articles for leaders of organizations give advice “Think big and think about the future.”

Of course, we are not talking about only to think. It is also necessary to act in this direction. And we are not talking about increasing the volume of production and distribution of products in 2 or 3 times. We are talking about another level. So, the bakery owner, who decided to do something big needs to plan not to issue new varieties of bread and increase income in half, and the establishment of a network of bakeries, which is to start will cover the city and then the country. It will raise in front of him completely different scale of problems and will require a new level of strategic decisions, starting with the search for new premises and ending with the recruitment of staff.

And here we come to that without which literally any organization is doomed to stagnation and subsequent wilting. You can rent new premises, you can recruit and you can even run ads. But if you are not attended to PR your organization and your brand, it won’t get you anywhere. Yes, due to the personal qualities of perseverance and hard work you will be able to develop to a certain level. But if you are engaged in a PR and did not create an opinion about their organization to the public, sooner or later you will start to decrease.

And the current crisis very well showed it! Take for example a company that has a good PR = good reputation from customers, partners, neighbors and officials in the place where she works. Such an organization will be much easier to negotiate better terms, discounts, to see that she went to a meeting in matters of the same premises lease. Company, inside which there is good PR = good relations and understanding between management and employees, will not face widespread layoffs or a barrage of claims. It will be easier to reach a compromise that will triple and the employee and the employer.

Further, this organization, which has a good reputation for timely payment of bills, quality work, openness and assistance to orphanages. She regularly appears in the information field through publications in mass-media, support of city events and all of the same charity.

Something tells me that it is the last to turn away customers, partners and employees. Because in the conditions of crisis to the fore the question of trust, greatly surpassing in importance even such a key factor as the economy. No, if I am in austerity mode, I’m in last place I will look for unreliable and unventilated service provider. Because I have no spare money, and possibly a spare chance. I therefore ask only to those who have better reputation and who I trust.

Of course, this does not mean that we should drop everything and do only PR. Yes, if the budget was less, it would be logical to reduce costs and this expenditure. But in any case do not stop engaging in PR to maintain its reputation and to appear in the information field. Reinforce this direction through more hard work and more smart approach to the issue. By the way, in today’s environment you can save on a lot of things simply due to the discounts that you will be willing to give if you ask about them.

If you’re going to save money on PR as such, it is likely that in the end you “save” an organization that will give way to a competitor who decided to cut spending on coffee in the office and transport costs, but has created a good reputation.

So save wisely, increase the scale of your organization and use new opportunities to increase the trust of all publics with whom you work. The crisis will end, and the reputation you have handy!