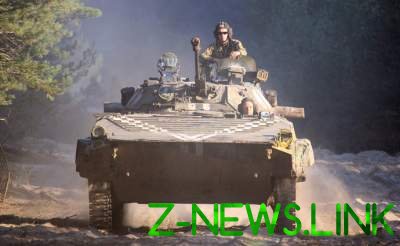 Ukrainian military will receive 200 pieces of new equipment, among which – 62 tank. This was announced by President Petro Poroshenko on Twitter.

“Today, sent in troops to pass another batch of weapons and equipment, two hundred units. Of these, sixty – two tanks,” – said Poroshenko.

As reported, in General, over the past day illegal armed groups 21 times violated the truce. In the fighting were injured, one soldier of the Ukrainian army.