Home / WORLD / Piece of mind? Man incapable of feeling fear after having part of his BRAIN surgically removed

Piece of mind? Man incapable of feeling fear after having part of his BRAIN surgically removed 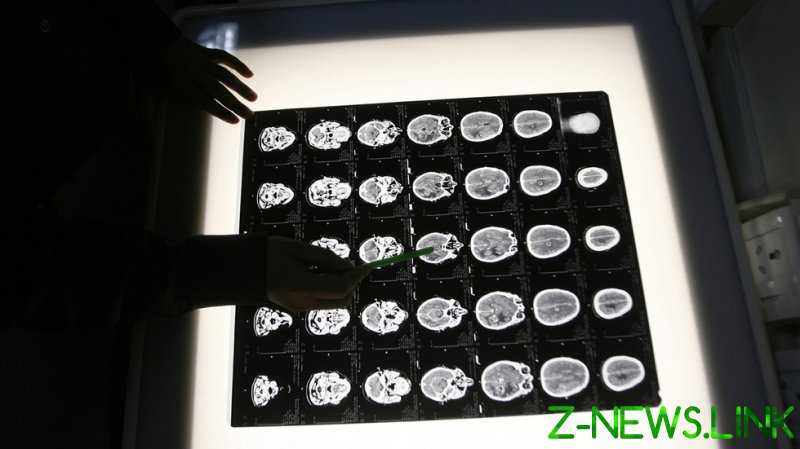 Jody Smith, 32, says that he’s not “afraid” of anything anymore – an unexpected result of having his right amygdala cut out. The New York City resident suffered from brief panic attacks that would occur several times throughout his day. The periodic nervousness led to a serious episode in which he blacked out and began crawling around his neighbor’s yard. Smith says that he barely remembers the incident. After consulting with a specialist, he was diagnosed with epilepsy.

He spent two years trying to treat his seizures with medication, but to no avail. Brain surgery was his last hope. Before the procedure could go ahead, doctors implanted probes inside Smith’s brain so they could locate where the seizures were coming from. Smith was then instructed to intentionally have a seizure so that his doctors could pinpoint the area of his brain that needed to be scooped out. He said that he purposefully “tortured” himself, mostly by playing loud music and depriving himself of sleep, in hopes of triggering an epileptic reaction. At one point his doctors even encouraged him to drink beer to accelerate the process.

After a week, surgeons pinpointed their target: the front half of Smith’s right temporal lobe, the right amygdala, and the right hippocampus. Three days after his head was stapled back together, Smith was discharged from hospital. While recovering at home, he noticed that the surgery had left him with memory and focus issues. But there was another, more curious side-effect: he couldn’t feel fear.

Smith described the “unique feeling” in an email message to Vice.

“People describe a lot of things with the word ‘fear’ – like ‘I’m afraid of girls’ or ‘I’m afraid of failure’ – but I’m talking about the fear you’d feel when facing death or serious injury. That’s the fear that was removed,” he wrote.

The New Yorker explained that his “reptilian harm-avoidance” system has been switched out with a “more logical version.”

He provided several examples of how the change has affected his behavior. While walking through Newark, New Jersey, he was approached by a group of suspected muggers. Instead of trying to avoid them, he calmly walked straight past them, a bold move that left him unscathed.

“Apparently my lack of fear struck them,” he told Vice.

In another incident, he noticed that he was being bitten by a spider, but didn’t feel the need to frantically react.

“I was like ‘Oh wow, I was just bitten, and that hurts. I wonder what I should do now?’” he recalled.

As an avid hiker, Smith also discovered that he was no longer afraid of standing near steep cliffs.

Smith appears to be happy with his new mindset. He said that while he still suffers from memory and focus issues, his life is better “without the fear feeling,” and that his other instincts help make up for any deficits that come with being overly cautious. Smith explained that he can now calmly and rationally analyze situations instead of being overwhelmed with emotions.

While medical experts said that his apparent lack of fear was an unexpected side-effect, they were also unsurprised by his new outlook on life. Dr. Sanne van Rooij, an assistant professor in psychiatry and behavioral sciences at Emory University, told Vice that Smith’s reaction to the surgery mirrors other cases in which people underwent similar surgical procedures.