Peskov reiterated the illegality of the rally on Putin’s birthday 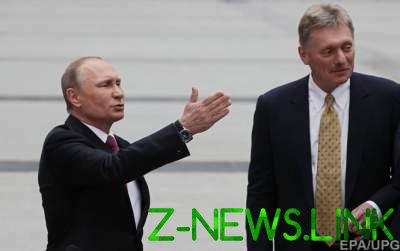 The Russian authorities have denied the organizers to hold rallies in Moscow and St. Petersburg.

The Kremlin said that the national meeting, scheduled by the founder of the Fund of struggle against corruption Alexei Navalny at the birthday Vladimir Putin 7 October, if it does not approve of the Russian authorities, would be “a violation of the law.”

About it said press Secretary of Russian President Dmitry Peskov, commenting on the previously announced action of the opposition.

“There is legislation on this subject, and the rule for various activities regulated by current legislation. Violation of this law, respectively, punishable by law”, – said the speaker Putin.

The authorities of Petersburg and Moscow have denied the organizers to hold rallies.

Navalny himself notes that, despite this, according to the Constitution, the protest may still be held, since it was not offered alternative sites.