Top flagship smartphone OnePlus 5, announced earlier this summer and a few weeks ago officially released in Russia, soon will get a new special modification called the Special Edition. Show it is literally in the beginning of next week, and even issued invitations to the event, which will take place in Paris. 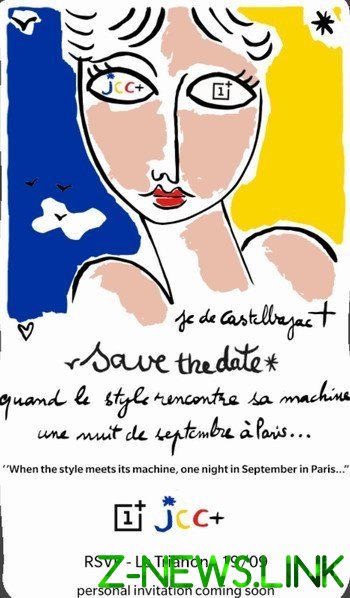 Judging by what, or rather who reads the invitation, we are waiting for the OnePlus smartphone 5 with a slightly modified appearance and premium materials. Over eksterjero Special Edition worked for French designer Jean-Charles de Castelbajac, whose name is indicated on the invitation so it will be fun.

Note that a year ago, OnePlus has already provided the world with a special version of its smartphone, but at that time it was very popular flagship OnePlus 3T, the name of which was the letters CE signifying Colette Edition. Got this device is not for everyone, as it was released only 250 copies. As for advanced modifications OnePlus 5T, about it yet no one says anything, and probably until next year, while Qualcomm will present their Snapdragon processor 845, it will not work.