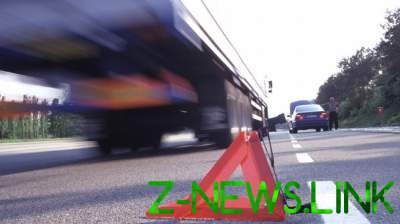 One cyclist died on the spot

This was reported to the police in the region.

According to preliminary data, the accident occurred on the morning of 31 August, around 4:00 in the morning. 26-year-old truck driver MAN, a resident of Kirovohrad region, moving in the direction of Kiev, has made arrival on two cyclists who were riding on the shoulder in the opposite direction.

In the accident, one of the cyclists, 18-year-old resident Novograd-Volyn district, received injuries incompatible with life. The other guy was hospitalized.

Circumstances of road accident are found out by investigators.

Initiated criminal proceedings under part 2 of article 286 (violation of traffic safety) the Criminal code of Ukraine.

Arrived at the emergency doctors have already anything could not do – the man died on the spot.