No bread — let them eat cake 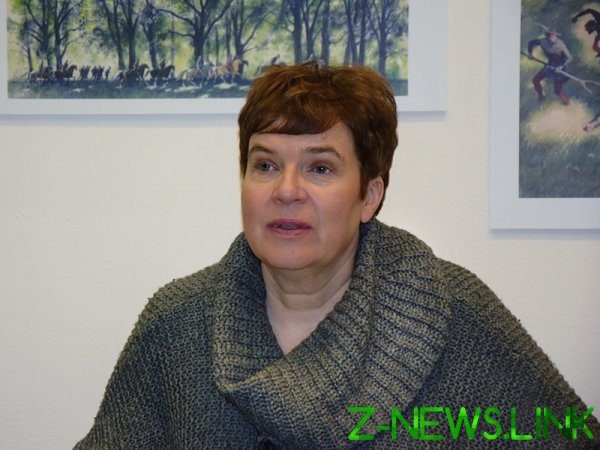 The story that these words were spoken by Queen Marie Antoinette when she was told that the people have nothing to eat, tale. The source — Jean-Jacques Rousseau. In his Confessions he confessed that in his youth he was stealing wine in the house, where he served as a tutor.

To drink wine in the room, he had to get a snack, and he couldn’t figure out where to get the bread, because “it was impossible to leave it in reserve; to buy bread, sending lackeys, would be to give yourself.” “I finally remembered what the output came up with a Princess; when she was told that the peasants had no bread, she replied: “Let them eat brioche”. Russo bought without damage to their honor brioche — sweet brioche, locked in the room, took out from the wardrobe and stolen a bottle of “nice drank it slowly, alone, reading a page or two of a novel.”

Russo did not mention the name “Princess”, but historians believe that she was the daughter of Louis XV, Vic, which, however, suggested that the poor baked pie — by this, however, the abomination of statements continues unabated.

But the more increased the unpopularity of Marie-Antoinette, spends ruined in France a lot of money on costumes, decorations and card game — the more people believed that she left heartless phrase.

About Marie Antoinette, there were many rumors — most of them were groundless, but in fact the soil was its neglect of the interests of France and the people. And when came the revolution and the Queen drove to Revolution square (which had not yet become the place de La Concorde), where was established the guillotine, that, perhaps, many in the crowd watched gleefully recalled the words of brioche that tradition later turned into cakes.

Victoria unlike Marie-Antoinette survived and managed with her sister to escape from France. Two elderly ladies got to Italy, where he moved from one Principality to another, fleeing from revolutionary French forces. They tried to take refuge in Naples, where the Queen was sister of Marie-Antoinette, but there is no they were not happy. They had to sit on the boat and on the sea to get to Trieste, where they took refuge from the revolution, but died shortly thereafter.

I’m not going to say that the French revolution happened because of that stupid aunt threw a stupid phrase. Just the phrase about the brioche perfectly shows the attitude of those in power to the people. The attitude for which they paid dearly.

And in China in the III century ruled the Emperor Hui Di. About him since youth, it was known that he was… mmm… not really good thinking. The young Prince heard the croaking of frogs, said: “They croak because they want themselves, or because they were ordered by the government?” And when he became Emperor, and told him that the people have no bread — this master mind answered: “Let them eat meat.”

The reign of Hui-Di was held in a bloody struggle many of the Regents and of the court environment and ended when someone poisoned the Emperor. The Chinese Empire was going through a horrendous crisis, after the death of Hui Di, the Imperial court had to flee to the South, fleeing from the nomads, from which China was unable to defend himself. In the end, weakened by constant internal strife and external attacks, the country is broke — the era of “sixteen barbarian States.”

Priest Dmitry Smirnov — not Marie Antoinette, Princess Victoria, and not even the Emperor Hui Di. He’s a little bastard who calls unwed wives “free prostitutes”, and now advises those who have lost a job, “ask a milostynku”. Whatever this freak posts he held in the Patriarchate, it doesn’t matter.

But he is not alone, there is a whole army of bosses who say “fuckin’ … ” are cheap, give veterans on the occasion a bottle of vodka, a boy with cerebral palsy — bike, give the orphans of the apartment, where there is no floor and the walls are covered with mold, mock us on their Spanish villas and on their yachts, in their palaces.

So let them think about Marie Antoinette and Emperor Hui Di every time you poke yourself in the cake and let it become the throat.