Home / WORLD / Next stop, the apocalypse? The bumbling Biden administration’s claim to fame may be jumpstarting World War III

Next stop, the apocalypse? The bumbling Biden administration’s claim to fame may be jumpstarting World War III 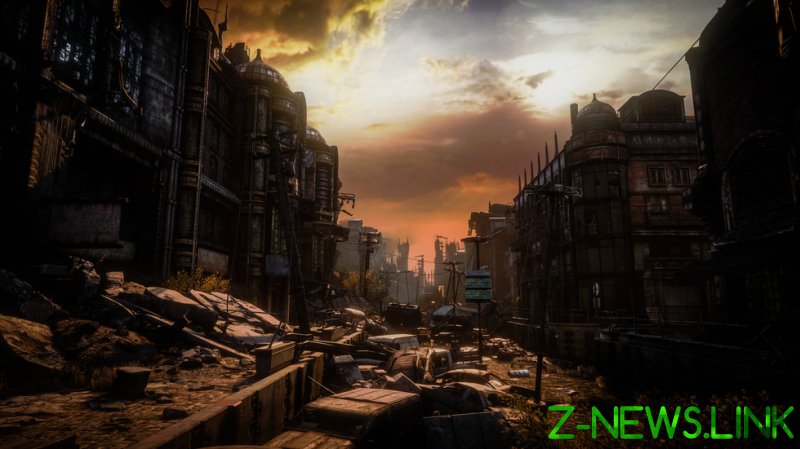 Coincidence or otherwise, the world feels like a much more dangerous place since Joe Biden formally entered the White House on January 20. Now that the ‘Make America Great Again’ bumper sticker has been removed from the US juggernaut, early indicators point to a global joyride riddled with dangerous standoffs and even full-blown hostilities that could spark the mother of all conflagrations. One of the most dangerous stops along this highway to possible oblivion is playing out right now on Russia’s doorstep.

For the average consumer of Western media junk food, the simmering standoff between Ukraine and Russia has been reduced to snack-size bites, popularly sold to unsuspecting consumers as ‘Russian aggression’. Toss away the greasy bag, however, and the more discerning shopper will discover that Moscow has in fact steadfastly supported the conditions for peace in Donbass, where a civil war has been raging for seven years between pro-Russian forces and Kiev. Meanwhile, it is Ukrainian President Volodymyr Zelensky who has abandoned the Minsk Protocol, the 2014 peace treaty, while signing a decree on March 24 that practically places Ukraine on a war footing with Russia.

And those aren’t the only inconvenient truths the Western media would rather its audience not know about.

On April 6, just days after Zelensky had a lengthy telephone conversation with US President Joe Biden, in which the US leader pledged America’s “unwavering support,” Zelensky placed a call to NATO Secretary General Jens Stoltenberg, in which he expressed Kiev’s desire to become a card-carrying member of the US-led military block. Just a coincidence, right?

“NATO is the only way to end the war in Donbass,” Zelensky said, which may have been the funniest one-liner the former actor-comedian has ever uttered in his career.

What Zelensky fails to understand is that Kiev is being played as a pawn in the perennial ‘Great Game’ between the US and Russia. The current battle is not over geographical conquest, but rather for access to Europe’s lucrative energy sector. Washington refuses to sit by idly as Moscow and Berlin put the final touches on the Nord Stream 2 gas pipeline, which, if fulfilled, will see natural gas supplies flowing from Russia to Germany – without the highly unpredictable Ukrainian middleman – across the Baltic Sea.

Washington’s determination to play spoiler was made clear last month when US Secretary of State Antony Blinken said on the sidelines of a meeting with NATO’s Stoltenberg that the pipeline “is in contradiction to the EU’s own security goals.” Interesting how Washington understands the EU’s “security goals” even better than Brussels does. And lest Germany failed to take the hint, Blinken warned Berlin of “possible sanctions” should the project go to the joyous ribbon-cutting phase. In other words, ‘free markets’ were only designed primarily with US corporations in mind; all other contenders, especially Russia, need not apply.

Not only would Nord Stream 2 preclude the necessity of expensive US liquefied natural gas (LNG) from being imported by the EU, it would turn Brussels and Moscow into Washington’s worst nightmare, that is, bona-fide partners with a real incentive to remain on good terms. Such a geopolitical turn of events has all the potential to eventually render NATO obsolete. Thus, we find Zelensky doing the dirty and extremely dangerous work of Washington, militarizing the Donbass while making aggressive overtures to Moscow.

The strategy is obvious – the Western media will dutifully set the stage for a potential war between ‘peaceful’ Ukraine and ‘aggressive’ Russia, a false narrative that may prove damaging enough to cancel Nord Stream 2, while also keeping military spending among NATO subjects at an all-time high. What the intrigue reveals is Washington’s willingness to risk the outbreak of a major conflict, possibly even a world war, in order to maintain its economic and political hegemony over European capitals.

Russia, however, is not the only military superpower that the United States has decided to antagonize. Last month, in the Biden administration’s first high-level meeting with Chinese officials, Secretary of State Blinken, with no lack of irony, accused Beijing of “threatening the rules-based order that maintains global stability.”

Blinken was referring to China’s long and tumultuous relationship with Taiwan, which Beijing considers to be an integral part of the mainland. However one may view that standoff, it was a stunningly incompetent display of US diplomacy, not least of all because relations between Washington and Moscow are at their worst in decades. Does Washington really need two nuclear-armed adversaries at the same time? It seems that somebody in the Biden administration needs to brush up on their Sun Tzu.

One obvious problem with America lecturing other countries with regards to their internal affairs is the breathtaking hypocrisy. The offended Chinese diplomats did not hesitate to remind their American counterparts about Black Lives Matter protests, for example, and illicit US military incursions abroad. In fact, less than three weeks after Biden’s locked-down inauguration, where the soldiers outnumbered guests by a margin unfashionable for a democratic pageant, the USS McCain, a guided-missile destroyer, ventured through the Taiwan Strait on a freedom-loving mission, and despite China’s claims on the territory.

Almost like clockwork, the reckless move on the part of the Biden administration forced a reaction on the part of Beijing, which began sailing naval vessels near the Philippines. Although the Pacific archipelago nation has been a longtime US ally, its allegiances have fallen into doubt under President Rodrigo Duterte, who relies on China and Russia for its military equipment instead of the United States. Still, Washington largely ignores Duterte’s demonstrations, deferring to its own imperial interests.

“An armed attack against the Philippines’ armed forces, public vessels or aircraft in the Pacific, including in the South China Sea, will trigger our obligations under the US-Philippines Mutual Defense Treaty,” State Department spokesman Ned Price told reporters.

That comment reflects how easily these extremely dangerous global standoffs could spiral out of control.

Is the world truly a safer place with the US, the self-proclaimed ‘indispensable nation’, meddling in the affairs of foreign states like a super cop? When it is considered how much meddling is being done on behalf of its own strategic advantage, the argument does not hold much water. More worrying is what Washington’s reaction will be when a Chinese or Russian destroyer shows up in the Caribbean Sea one sunny morning, amid calls to defend the cause of some declared victim group either inside America or beyond. That’s when American hypocrisy will have really come full circle.