New screens in smartphones Samsung S9 and S9+ would not be

In the network appeared rumors about the smartphone Samsung S9 and S9+ on their screens: presumably, instead of panel 18,5:9 will appear in the matrix 21:9 as in ultracytochemistry monitors. Today insiders at Samsung have denied this information, despite the presence of technogiant of the corresponding patent, which is already several years old. 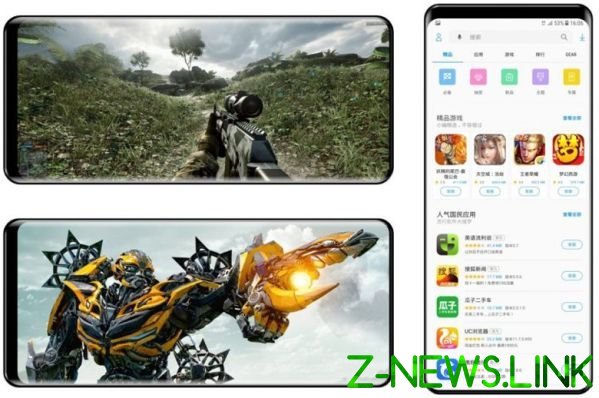 In short, the Samsung S9 and S9+ will get exactly the same screens that are now in the current S8 and S8+, that is, it will be a panel with a diagonal of 5.8 and 6.2 inches, a resolution of Quad HD+ Super AMOLED matrix. That’s just visually they will appear larger by reducing the thickness of all the four frames on the perimeter, especially the top and bottom, and in the end the screen is 90% of the front panel, which is almost a record on the market.

The announcement of the Samsung S9 and S9+ scheduled for the first quarter of the new year and will be held most likely in February at MWC in Barcelona in 2018 and we will have to wait 6 GB of RAM, 64 or 128 GB ROM, pre-installed Android OS 8 Oreo from Google and the CPU Qualcomm 845, announced just three days ago. The main competitors of the Samsung S9 and S9+ would be the G7, LG phones, OnePlus and Xiaomi Mi 6 7.