Home / auto / New rules of inspection: why is an unexpected joy of motorists 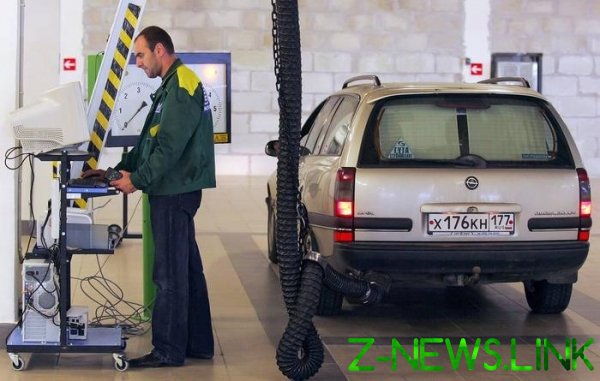 As it may sound blasphemous, but thanks to the epidemic have managed to solve some problems that previously seemed intractable. A clear example of this change in the law on inspection, which unexpectedly passed the State Duma last week. And adopted with unprecedented speed! On March 27 the situation with the ill-fated law discussed at the meeting in the Ministry; apparently, the weekend proposals were formulated in the form of the bill; on Monday he was admitted to the Duma. On Tuesday, 31 March at once in three readings, the state Duma adopted amendments to the law on technical inspection.

It is interesting that the amendments about the inspection is included in the second reading the bill “On amendments to certain legislative acts on prevention and liquidation of emergency situations”. It is with the theme THEN, of course, originally was not related. Why it happened — I don’t know the whole story raises a lot of questions. But, of course, does not diminish the value changes for all Russian motorists. But, on the contrary, a matter of respect: you can, if you want. Other legislative initiatives just waiting for the discussion over the years, and here three days — and the law is ready. The next day the document was signed by the President, and it entered into force on 1 April. No kidding.

So, what is it? First, from now on, changing the frequency of inspections. The owners of new cars, light trucks and motorcycles will have to be tested only four years later. The machine age from four to ten years will be held once in two years, and only over ten years — once a year. Innovations, that is very nice, already in force! And secondly, a large reform of the inspection, which was to be launched already in June, was postponed by a year due to the difficult economic situation. And the new fines for driving without a diagnostic card are transferred altogether in 2022.

The law imposed draconian fines for driving without inspection, tightened control over the operators and proposed higher requirements to the diagnostic equipment, was adopted in 2019 — and also at the initiative of the Ministry of economy. Officials have generally decided to undertake a major reform of the inspection and set myself a good goal: eliminate the practice of buying the diagnostic card along with the insurance policy (as do all the polls, 80% of motorists).

But instead try to analyze the reasons why the Russians do (after all, the cost of the procedure is small, and the queue no longer exists), the Ministry decided to go on the usual way tougher for violators of existing cars and to invent new ones. For example, new the fine in 2 thousand rubles. for the operation of the vehicle, not THE past. Tougher requirements for operators, which produce a diagnostic card without real examination, even there is a new article in the Criminal code.

The draft laws were adopted in 2019 and to enter into force was the summer of 2020. By this time the authorities must take a number of orders, regulations, and the traffic police had planned to spend almost 100 million rubles for the modernization of the information system of checkup. Only now I have always had doubt that in its current form the law will take effect in time; I wrote about it. And here’s why.

First, in the yard in April, and most of the documents are still not ready. And it’s not even that we had quarantine: in the preparation there were numerous questions, answers to which are not. Therefore, the new, enhanced requirements for points and the necessary material-technical base is still not approved, as well as requirements for experts to the mandatory photographic recording of the process of inspection, to the necessary technology. But even if these documents had to sign, it absolutely was impossible to fulfill the basic requirement of the law is to bring all THE items (and their country of about 5.5 million) in line with the new rules and also all over again (!) to certify. 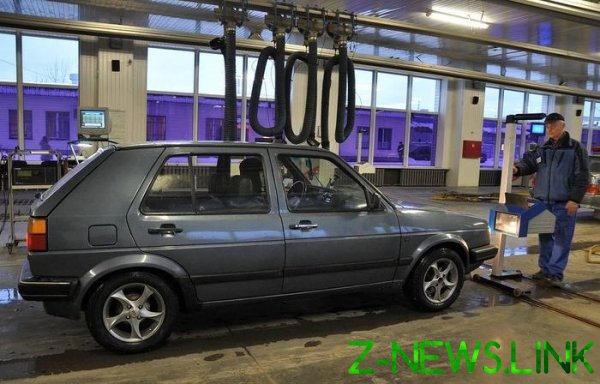 We found out another issue, which said the Executive Director of the PCA (Russian Union of insurers) Sergey Efremov: no new methodology for calculating tariffs, which should prepare the Federal Antimonopoly service. In such circumstances, the operators do not know what fees will work and in General — whether or not to work? After all, today many operators struggle to survive on the verge of profitability. The current method of determining the rates developed in 2013, and in regions the prices for THE established local authorities in the range from 300 to 1 thousand rbl. it is not Surprising that many operators just sold a diagnostic card.

By the way, in this situation, some legislators and many experts have proposed following the example of several countries, the procedure of inspection for private cars to just… give up. After all, in any case, the technical condition of the car is responsible for SDA only her driver. For such a revolutionary step in the Ministry of economic development decided not to. But officials realized in its current form, the law can not run — it just paralyzes the operating system. And offered a compromise — to increase the frequency of the inspection, and the entry into force of the basic provisions to defer for a year or two.

So, amendments to the law on inspection (170-FZ) is adopted. Talking about the new rules?

Changed the frequency of health check-up. Prior to April 1 passenger cars, trucks weighing up to 3.5 tonnes and motorcycles under the age of three years, the inspection is not passed, from three to seven years — took place every two years, over seven annually. Taxi, all buses (regardless of age) were examined every six months, trucks weighing more than 3.5 tonnes — every year.

Now new cars, trucks weighing up to 3.5 tonnes and motorcycles are exempt from inspection for four years. From four to ten years — will be held every two years and then annually. New automobile taxi, buses, trucks weighing over 3.5 t the first five years will be checked once a year and then every six months.

The main innovations of the law on inspection only earn in a year, from March 1, 2021. By the time should be completed the procedure of certification of all posts THAT perfected a system of photofixing of inspection, the method of calculation of rates, upgraded information system EAISTO, etc. and new penalties for motorists and dishonest employees of clauses THAT will come into force two years later — in March 2022-th.

“These measures are necessary to minimize costs of businesses and citizens in the field of technical inspection, while maintaining the necessary level of control over the condition of vehicles, — have explained in Ministry of economic development. — Currently preparing a package of economic decisions aimed at supporting bona fide operators of technical inspection”. What exactly is not yet known. But, in any case, submitted (on time) with amendments that make life easier for Russian motorists, thank you!!

But don’t be distracted: a good change in the law is wonderful, but there is a quarantine and related problems. In particular, it is not clear how to pass the procedure of inspection in the current environment, when in most regions the points of the TRP not working? And according to the law without the diagnostic card is not to buy a insurance policy consequently, you cannot drive a car, if the validity of the previous insurance is already out. And if you have to buy the insurance policy in electronic form (as do more than half of the domestic car owners), the inspection procedures online do not yet exist (let’s leave aside the ability to buy a policy with THAT as illegal). And car inspection stations now, as a rule, do not work.

But (very nice!) in this case, the government went against the motorists. At the end of last week the head of the Central Bank Elvira Nabiullina said that during the quarantine the insurers when buying insurance policy will not require the diagnostic card. But under one condition: owners must submit data on the passed THAT within one month after the lifting of the quarantine.

“In the current situation, the proposal to decouple from each other two services — a right step, — the Executive Director of the PCA Evgenie Ufimtsev. — A period of 30 days after the lifting of restrictive measures for obtaining diagnostic card also seems to me to be sufficient”.

P. S. According to traffic police of the Russian Federation, in 2019 in Russia was 6.7 thousand accidents because of faulty vehicles (LHV) — from the total number of accidents in more than 130 thousand Often such a conclusion is made on the basis of the statement of the driver and is written as the second, and related reason (“the driver has exceeded speed, and also…”). Because of the complexity and cost of real expertise is rare. But most often, in practice, HMRC is setting on one axis of tyres of different sizes, with spikes and without the fault lights, over tinted glass. It is clear that during the inspection in the summer it is difficult to understand what the bus driver will put in the winter…

Toughening of rules of checkup: what to expect drivers

How much more expensive cars with a weak ruble and epidemic coronavirus?