Network laugh Putin who is a victim of auto theft 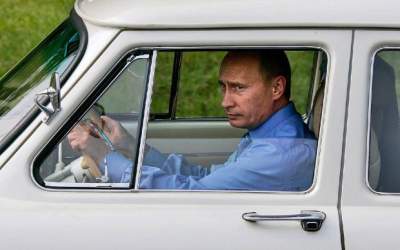 The car of Vladimir Putin stole directly from the car wash in Moscow.

The namesake of the President of the Russian Federation Vladimir Vladimirovich Putin lost the car when I left it on the sink. A funny incident occurred in the night from the fourth to the fifth of may.

In particular, it was found that an unknown man stole a car Renault Fluence directly from the car wash. As it turned out, the master of the “iron horse” is Vladimir Vladimirovich Putin is the namesake and the namesake of the head of the Kremlin. About the missing car the owner said the employees of the car wash.

“Just the car is gone from Boxing,” he told them.

The victim has appealed to the law enforcement Agency with a statement about the theft of the car. In turn, the police promised to Putin to do everything possible to find his car and to punish the attacker.

From the surname of the victim in the incident received wide publicity in society. In social networks users are actively discussing a funny story.