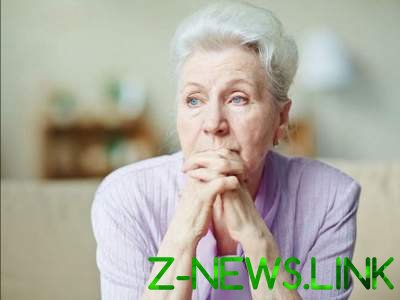 Besides the loss of physical strength and deterioration of motor activity, weakening of memory, older people lose spouses.

Scientists have established that older men and women, often experiencing negative emotions also often suffer from inflammation and live on average less than those who are more calm.

The journal Psychology and Aging published an article about the study canadian researchers from Concordia University, which found a link between negative emotions in older age and an increased risk of inflammation, chronic diseases and death. Speaking about negative emotions, experts distinguish, first, irritation and anger. Sadness, as demonstrated by their work, not involved in the above correlations.

Alas, the reason for irritation in the elderly enough. Scientists explain that people are faced with the extinction of those functions, which are well owned for life. Besides the loss of physical strength and deterioration of motor activity, weakening of memory, older people lose spouses, Pets, and it often causes them severe suffering, anger and rage.

“We found that this leads to the development of chronic diseases, whereas sadness did not have similar negative properties,” said study co-author Meghan Barlow.

Previously, researchers observed the lives of 200 senior citizens of Montreal at the age from 59 to 93 years. The volunteers were periodically collected blood samples. They also took a survey that allowed to understand how often people feel negative emotions, and specifically anger. The analysis of these data allowed to note a pattern: older people who regularly experience bouts of anger, very often suffer from inflammation and chronic diseases after the age of 80 years.

“Anger increases the level of stress that negatively affects health and lifespan of elderly people. Those who are just entering old age should lead a more active life. It strengthens the muscles and the heart and makes it less vulnerable to heart attacks, strokes and other senile diseases,” concluded the authors of the project.