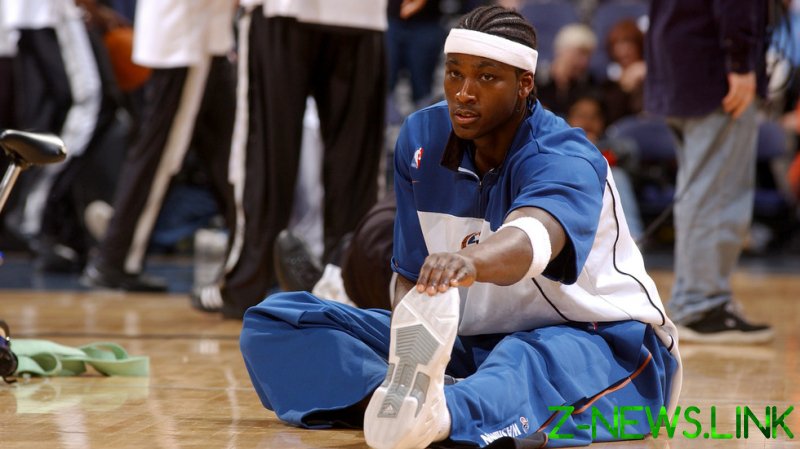 Brown has been making headlines in recent days for his no-holds-barred, freeform videos and interviews, where he has held nothing back when discussing his critics and his beliefs.

The former NBA player, who played for 12 seasons and was a number one round draft pick, really let loose, however, when recently touching on politics.

In the Instagram video, which began recirculating and gaining attention on Thursday, Brown criticizes unnamed Democrats who tried pressuring him into voting for Biden, whom the athlete says doesn’t stand for “black America.”

“What do we have to show for it?” Brown said, as he’s driving, about black Americans voting Democrat.

He then blasted those who shame black people who choose to vote Republican or who move their support away from liberal causes.

“The censorship he speaks about is absolutely true,” activist Yvette Carnell wrote in praise of Brown’s words. “Black voters can’t question Democrats or make demands of Dems without them sending out the Black Gatekeepers to ridicule us as ignorant & smear us as right wingers.”

Others similarly praised or expressed shock over Brown’s criticism of black liberals.

Some critics did push back, noting the oft-made argument that Biden is better than the “disaster” of  Donald Trump, as well as trying to dismiss Brown as a supporter of the former president.

Brown’s rant came as a surprise to many, since much of the NBA’s top stars are only aligned with politics when they are supporting left-leaning movements – LeBron James and Black Lives Matter, for instance. Brown has appeared to go against the political grain for quite some time, though.

In videos posted to his YouTube channel in recent months, Brown has defended Donald Trump and even criticized the Black Lives Matter movement for “playing the race card” and not helping on actual issues in black communities.