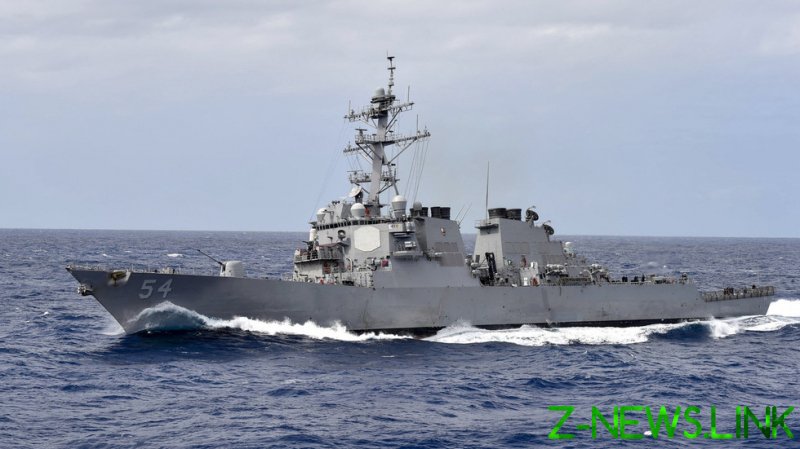 The new incident was brought to light by the Chinese military’s Southern Theater Command on Thursday, when it accused the destroyer USS ‘Curtis Wilbur’ of sailing too close to one of the disputed islands of the Paracel archipelago. The warship was followed by other US vessels and military planes, the Chinese military said.

Sailing through the area without first seeking Beijing’s permission was yet another act of “navigational hegemony” by Washington, spokesperson for the Command, Tian Junli, said in a statement, branding the US a “true troublemaker.”

US military activities in the region have been “seriously infringing on China’s sovereignty and security, and seriously undermining peace and stability in the South China Sea,” Tian added.

The US military shot back, with its 7th Fleet describing the incident as another “freedom of navigation” mission needed to counter China’s “excessive maritime claims” in the troubled waters.

“Unlawful and sweeping maritime claims in the South China Sea pose a serious threat to the freedom of the seas, including the freedoms of navigation and overflight, free trade and unimpeded commerce, and freedom of economic opportunity for South China Sea littoral nations,” the Fleet said in a statement later on Thursday.

The incident came a day after the same vessel, the USS ‘Curtis Wilbur’, traversed the Taiwan Strait, prompting objections from Beijing. The move was condemned by China as another “wrong signal” sent by Washington to secessionist forces in Taiwan, which is claimed by Beijing as an integral part of the country.

Over the past few years, the US and the Chinese militaries have repeatedly had run-ins in the region’s waters. The South China Sea has been a hotspot for such incidents, as Washington has frequently dispatched so-called “freedom of navigation” missions into the region, buzzing islets claimed by China with its warships and planes.

The South China Sea is the subject of overlapping maritime claims by multiple countries, including China, Vietnam, the Philippines, Malaysia, Indonesia, and Brunei. The resource-rich region is also an important waterway, with trillions of dollars’ worth of goods flowing through it every year across multiple trade routes.