Home / WORLD / NATO to double down on offer to Ukraine – Bloomberg 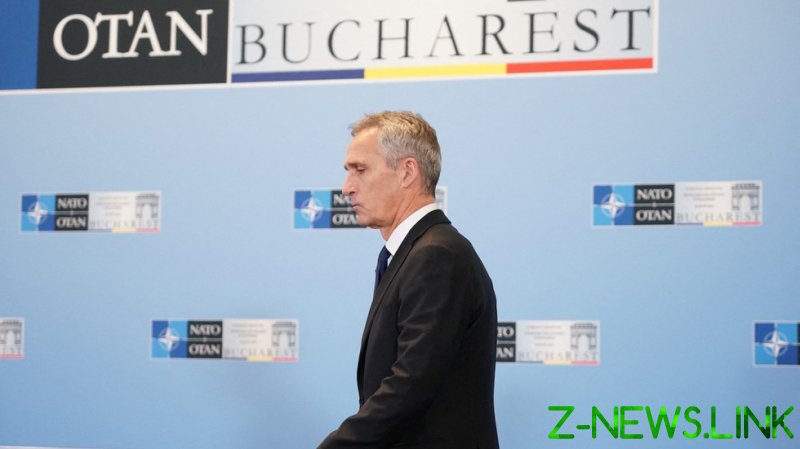 The foreign ministers of NATO member states are set to reiterate the military alliance’s readiness to welcome Ukraine into the bloc in principle, Bloomberg has reported. However, they are also expected to make it clear that Kiev cannot join at present.

A two-day meeting of NATO foreign ministers got underway on Tuesday in Bucharest, Romania. Bloomberg, citing anonymous sources, said the military alliance is expected to state that “its door remains open” to Ukraine, but that “now is not the time” for the country’s accession.

At least some NATO member states are seriously concerned that, by accepting Ukraine into the alliance, the bloc could be dragged into a direct military confrontation with Russia due to its collective defense commitments, the report claimed.

With a lack of consensus on the issue, alliance countries have reportedly agreed to prioritize weapons deliveries to Kiev for the time being to ensure that Ukraine prevails on the battlefield.

Announcing Moscow’s military campaign against its neighbor in late February, Russian President Vladimir Putin referred to the prospect of NATO membership for Ukraine, describing it as a major threat to Russia’s security.

Bloomberg noted that the foreign ministers were convening in the same city where Ukraine and Georgia were promised that they would eventually be accepted into the alliance back in 2008.

The initiative was spearheaded by then-US President George W. Bush and his French colleague Nicolas Sarkozy at the time, but then-German chancellor Angela Merkel was far less enthusiastic about the idea, arguing that it would be seen as escalatory by the Kremlin. President Putin, in turn, made it clear that Russia would have to respond.

In September, Ukrainian President Vladimir Zelensky urged the military alliance to act on the promise made 14 years ago. His adviser Mikhail Podolyak argued that Ukraine’s accession would be in NATO’s own interest as the country “already has the biggest army in Europe,” as well as unique “experience of conducting a conventional war against Russia.”