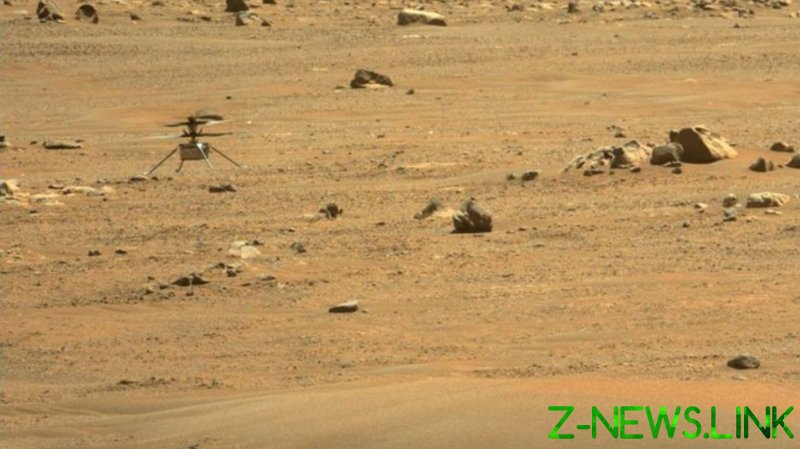 Making a journey from the Wright Brothers Field to its new destination on Friday, the four-pound rotocopter flew a whopping 423 feet (129 meters), also hitting a record altitude of 33 feet (10 meters) while capturing several high-resolution photos in the process. All in all, the voyage took about a minute and a half, or 108 seconds, according to NASA.

“We bid adieu to our first Martian home, Wright Brothers Field, with grateful thanks for the support it provided to the historic first flights of a planetary rotorcraft,” Bob Balaram, chief engineer for the Ingenuity project, said in a statement.

The operation was aimed at studying the capabilities of a rotorcraft on the Martian surface, including for scouting and aerial observation, as well as “detailed stereo imaging from atmospheric altitudes.” Ingenuity has now entered what NASA called an “operations demonstration phase,” which will see it pushed to new limits.

READ MORE: Let there be flight! Incredible video shows NASA’s Ingenuity fly farther and faster than ever before on Mars

The craft’s new destination was selected during a previous test launch, which itself broke a number of records for the longest, highest, and fastest flight to date on the alien world.

Ingenuity took off for Mars aboard an Atlas V rocket last summer, joined by the Perseverance rover, ultimately reaching the planet by February. Ingenuity was first out to operate for 30 Martian days, but later extended the mission with an additional 30 days. It will likely carry out missions until it crashes and becomes inoperable, putting an uncertain end date on the mission. NASA has put the end date of Ingenuity flight operations at no later than the end of August. 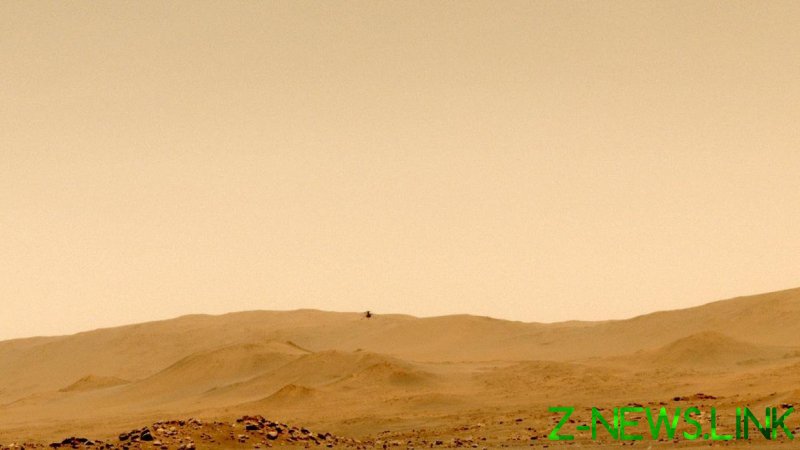 NASA’s Ingenuity helicopter is seen during its fifth flight on Mars, photographed by the Perseverance rover, May 7, 2021. ©  NASA / JPL-Caltech