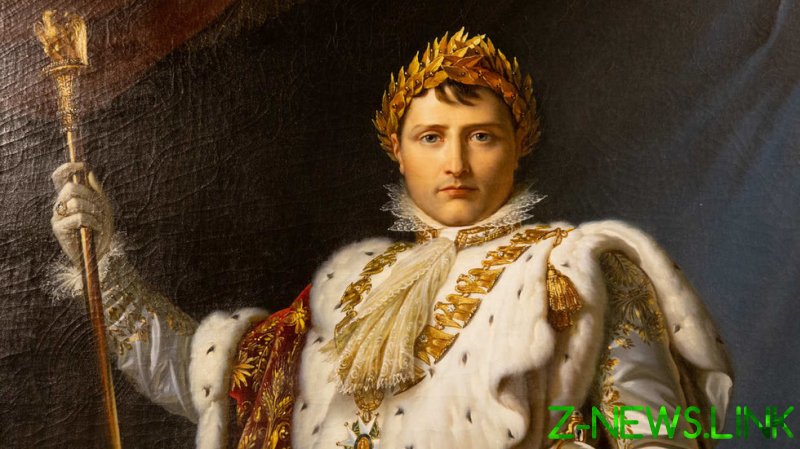 The French. They just don’t seem to realise how funny they are, do they?

It’s 200 years to the day since Napoleon Bonaparte died. Napoleon, in case history isn’t your thing, was a very short French soldier who wore a funny hat and almost conquered the whole world. Today, the best the French can do is threaten to switch out the lights on a little island in the English Channel in some silly little spat over fish.

Pretty much says it all, really.

My history teacher when I was a kid, Mr Harries, always insisted that the French were our ‘natural enemies’. And when a pupil would try to argue that, no, surely it must be the Germans – two world wars and all that – Mr Harries would gently explain how, in fact, Germany was actually a fairly young nation and the British royal family were, well, err… German.

Our Queen’s grandfather you see, King George V, changed the family name to the English sounding ‘Windsor’ because he liked the name of the town to the west of London where the family’s favourite castle nestled upon the River Thames. The real family name, Saxe-Coburg and Gotha, sounded a bit too Germanic, and that was in 1917 when the First World War was still raging.

It’s much more clear cut with the French. The English – far more so than the Scots or the Welsh – have been fighting and sniping at the French since pretty much forever. It’s what we do. It has never really stopped. It depends how far you want to go back, so let’s just stick with Napoleon.

Napoleon was only a little bit French anyway, really, as he was actually born on the island of Corsica – a French possession but as lawless and dangerous as Sicily was to the Italians. Napoleon was the butt of many English jokes, the smallest of which being that he was a very small man at a smidge over five feet tall (1.55 metres). It seems he was actually a wee bit taller but never mind the details, his stature still gave rise to the phrase of some bossy boots having a ‘Napoleon complex’ – meaning a small man with the need to dominate.

Shortarse or not, Napoleon was a military genius who became Emperor of France. He’d been assembling a force in northern France to invade England in 1805 but they couldn’t cross the Channel on account of Admiral Nelson destroying his (and the Spanish) navy at Trafalgar. He then, disastrously, turned towards Russia (giving us the first rule of war: “Don’t march on Moscow”) before finally being defeated by the Duke of Wellington at Waterloo (as any Abba fans among you will be aware). He was exiled in the middle of the South Atlantic on the British island of Saint Helena, where he died in 1821.

To add injury to insult and incarceration, a physician cut off his penis and it went on display – giving a whole new explanation for his ‘small man syndrome’. One reviewer said it resembled a “maltreated strip of buckskin shoelace.” Poor little Napoleon (and come to think of it, poor Josephine). He only wanted to be loved.

And then, of course, came the two world wars, in which the French seemed – at least to the British (and the Americans) – to capitulate rather too easily to the Germans, giving rise to a whole host of fresh new French jokes. For example: “What do you call 100,000 Frenchmen with their hands in the air? The army.” “How many Frenchmen does it take to defend Paris? Nobody knows, they’ve never tried.” “What is the difference between Frenchmen and toast? You can make soldiers out of toast.” You get the drift.

The post-war period didn’t improve things. In the 1960s, President de Gaulle vetoed Britain’s entry into the project that would become the EU. Then in 1990, The Sun newspaper famously printed the headline ‘Up Yours Delors,’ saying that Jacques Delors, the French bureaucrat who was president of the European Commission, wanted to force Britain into a European superstate.

Now we have the current diminutive occupant of the Elysee Palace, President Emmanuel ‘Manu’ Macron. We hate that guy, we just do. He has the sort of face that most English people instinctively just wanna slap. There’s just no way – absolutely no way – a guy quite as smug and smarmy as Macron would ever have been voted to high office in the UK. And he knows just how popular he is on the other side of the Channel too, telling European media in February: “The British just love to detest the French – and me.”

Yup. And on it goes to this day with some boring French bureaucrat threatening to switch the lights out on the island of Jersey.

French Maritime Minister Annick Girardin was “revolted” after Jersey imposed post-Brexit restrictions on French boats fishing their waters. She has, though, a secret weapon because almost all of Jersey’s power comes from France via underwater cables – on account of Jersey being far closer to Brittany than to Britain. Jersey was also, incidentally, one of the very few British territories ever occupied by the Nazis. If the French couldn’t defend Paris, they were hardly gonna defend Saint Helier. French fishermen, though, are now threatening a blockade. Awesome!

Further poisoning poisson relations between Paris and London, Girardin ominously told French lawmakers: “Concerning Jersey, I’ll remind you of the transport of electricity via submarine cables. I would regret it if we have to do it, but we’ll do it if we have to.”

The French, though, do have some potent weapons, and it’s not just baguettes and nice wine, nor is it the annoying reality that they’re way better at a game we invented; football.

It’s sexiness. A Frenchman like Macron speaking French may sound like he has a sock jammed in his mouth, but Marion Cotillard or Audrey Tatou saying the exact same words? Oh dear. A mate was obsessed with the singer Vanessa Paradis, way before she married Johnny Depp.

Generation after generation, these sexy people appear. My mother had a thing for the Gallic crooner Sacha Distel. But that was alright, because my dad had the hots for Brigitte Bardot.

Sexiness, fishing spats, jokes about the man wars we have fought against and with each other, and Napoleon’s manhood. On and on it goes, probably forever. Let’s hope so. Vive la France!