Named the most popular among students of universities of Ukraine 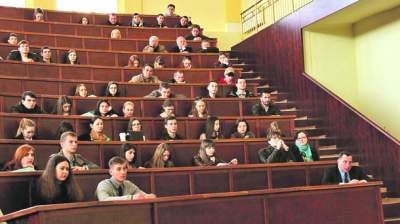 Students choose the universities of Kiev and Lviv.

During introductory campaign of 2017 is the most popular among applicants were the KNU. Taras Shevchenko, NTUU Kyiv Polytechnic Institute. Igor Sikorsky and LNU. Of Ivan Franko. Such data are published by the press service of the Ministry of education and science of Ukraine.

“This ranking shows that, despite popular belief, many applicants choose not only the capital’s universities, but also regional – in Lviv, Chernivtsi, Kharkiv. The trend we are seeing is not the first year. For example, last year ranked in the TOP 10 was Kamenetz-Podolsk national University, a good position is also always the BOTTOM of Oles Honchar, ” – said the Director of the Department of higher education Oleg Sharov.

In fourth place the TOP-10 was Lviv Polytechnic national University – received nearly 43.5 thousand statements. The desire to study at this University found more than 20.5 thousand students.

Almost the same number of applications submitted to the Kyiv national trade-economic University (34 520 thousand) and the national aviation University (34 336). These universities were chosen respectively 17 and 18 206 698 students.

Closes the TOP 10 of the Kiev national economic University. Vadym Hetman. He got a little more than 24 thousand applications from 13 531 entrant.