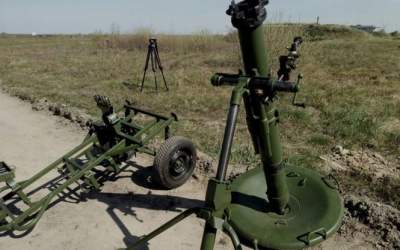 The main version is violation of safety measures during exercises.

The main version of the incident in Rivne military training ground, which exploded mortar, is a violation of the security measures during the exercises.

About it reports a press-service of the Ministry of defence.

The Ministry added that considering several versions of what happened.

On the ground left the operational group headed by the Deputy Minister of defence and responsible for the investigation by others.

As reported the press service of the military Prosecutor of the Western region of Ukraine, the cause of the incident was a mine explosion in the barrel of the mortar.

The Ministry added that opened criminla proceedings under part 3 of article 414 of the criminal code (violation of rules for handling ammunition, which caused the death and injury of several persons).

Earlier it was reported that the landfill in the Rivne region during military exercises, a mortar exploded, killing three soldiers, nine more were injured.