Muzhenko has shared new details of explosions in Kalinovka 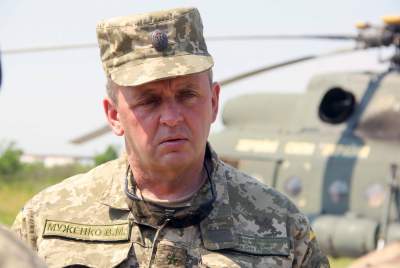 The head of the armed forces General staff believes that the explosions were not an accident.

Over the ammunition depot in Kalynivka, Vinnytsya region before and after the fire was spotted by spacecraft.This was stated by chief of the General staff of Ukraine Viktor Muzhenko.

“There was a lack of communication in some law enforcement agencies. I will not name them, as this is the subject of the investigation. The emergence of a variety of spacecraft over the warehouse before, during and after this event,” – said Muzhenko, claiming that the explosions were a diversion, as evidenced by a few points.

According to him, it was also the damage to communications systems.

“Perhaps this is a coincidence due to some repair work. Then there was the damage to the electricity system. Vinnitsa for an hour was disconnected from the world, just before the crash,” added the chief of staff.

He is confident that all of these events are not coincidence, and proves, that the warehouses in Kalinovka was a planned action.