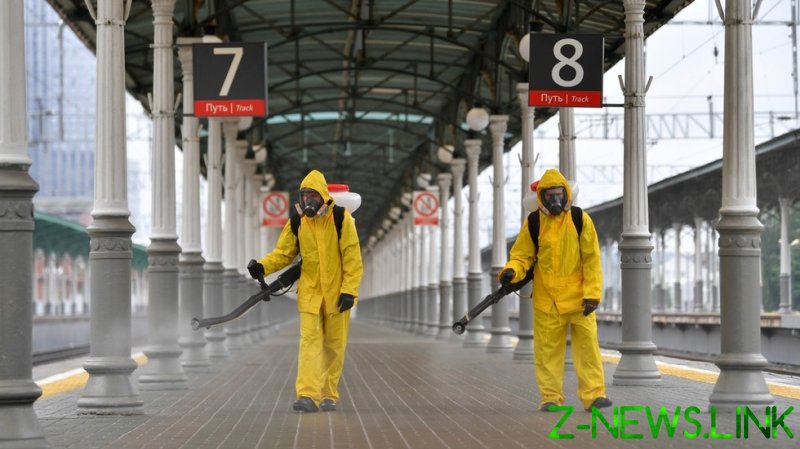 Russia has reported 13,510 new Covid-19 cases over the past 24 hours, with most of them occurring in Moscow, medical authorities said on Saturday. A total of 6,701 positive tests were recorded in Europe’s largest city, which is the highest daily number since January.

Several hours after those figures were made public, Sobyanin said workers in Moscow will get a week of paid leave in order to break the alarming trend. This means that the so-called “long weekend” is going to last from June 12 to June 20 in the capital.

The extra days off “will only allow us to cope with the rise in infections if every one of us will exercise maximum caution. And, of course, we need to vaccinate more actively to protect our loved ones and ourselves,” Sobyanin pointed out, adding that all vaccination centers will remain operational in the city.

He also recommended that employers send 30% of their staff to work from home, including all those older than 65 and anyone suffering from a chronic disease.

Throughout the next week, restaurants, bars and nightclubs will be barred from accepting guests between 11pm and 6am, with only takeaway and food deliveries to be allowed during those hours, according to the mayor’s order.

Moscow’s largest parks will also turn their amusement rides off and close children’s playgrounds and other entertainment venues as part of the restrictions.

The decreasing epidemiological situation is forcing the capital to once again repurpose thousands of hospital beds for Covid-19 patients. Medics are warning about a large number of severe cases, with many among middle-aged or even young people, Sobyanin said. “We just can’t leave such situation without a response,” he added, explaining the need for the measures.