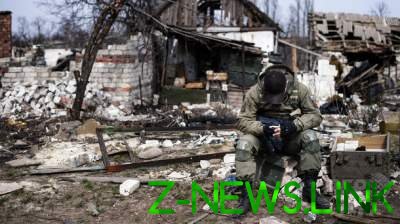 In this regard, said the experts, accommodation photographs, and posts that reveal details of life units “army corps” was prohibited.

“In the ranks of the militants believed that such bans are introduced with the aim “to hide the mess and corruption” in the occupation forces,” – said in ISA.

Recall that in the period 19 to 28 December confirmed the loss of the enemy amounted to 39 people, of which 34 militants of the so-called “DNR”.

December 27 the long-awaited release of Ukrainian hostages in two stages. First, the Ukrainian side exchanged with “LC” – freed 16 people, and after some time was exchanged with the “DPR” – controlled territory of Ukraine returned 58 people. Militants the Ukrainian side is not transmitted 306 fighters, as previously announced, and 238 people – 165 in “DNR” and 73 “LC”. This is due to the fact that a lot of persons from the list have either been previously released from detention, either refused to return to ORDO.