Meet the cover of “Season of blood” Greg Gifuni!

This book we announced in November last year, and here finally was her turn to go to the printer. Soon the series “Masters of horror” will join the novel Greg F. Giffuni “Season of blood” (The Bleeding Season), and today we have the opportunity to look at the cover of the upcoming edition. Do you like it? Kinda turned out pretty good.

Gifun – author for the national reader new, Russian come out even unsold stories. “Season of blood” – a great opportunity to meet with the writer, as this novel is called one of the best horror zero. Well, it will be interesting to check whether deserved.

When he was a child, Alan, Rick, Donald and Bernard were inseparable friends. Now they have forty, everyone’s life is not too failed, they parted ways, and together, old friends brings terrible news: Bernard, the lonely and harmless person in their company, committed suicide. Alan, Rick and Donald find a dying Declaration, in which Bernard recognizes that actually was a serial killer. Even when police found the city buried the mutilated corpses, they can’t believe what she learned, but soon the nightmares and terrible visions of reality are aware of that Bernard may have died, but not disappeared, and behind him something more frightening than any man. When friends begin to look for the answer in the past Bernard, you realize that when he was a child, happened something terrible: the event, which they all chose to forget. And now the truth threatens to destroy not only their lives, but the idea of the world.

Say, “Season of blood” – a story which could become the first season of “true detective”, but didn’t. We promise to atmospheric novel about the nature of evil, about how easily people can submit. In General, it will be kind of gloom.

In the sale of “Season of blood” you can look for roughly a month. In the meantime, don’t forget to vote for the best book in the series, if you have not already done so. 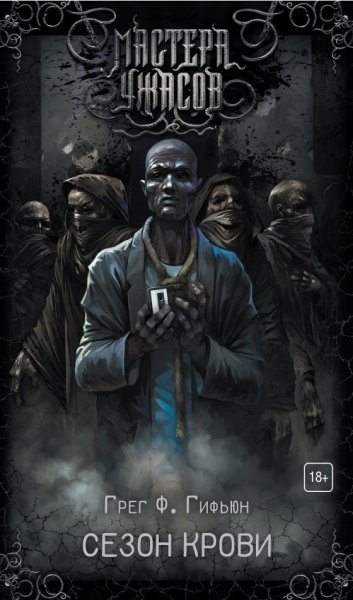