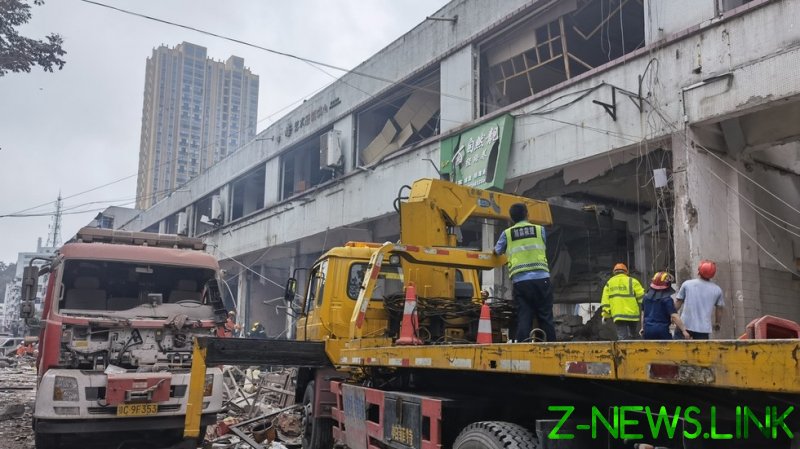 The blast, centered at the food market, rocked the city located in Hubei province, early on Sunday.

Footage from the scene circulating online shows the market partially collapsed with a massive crater left in the ground, suggesting that leaked gas had accumulated under the building long before the explosion.

Streets around the market were filled with debris blown out of the building, with only its concrete husk left standing.

Multiple residential buildings in the area were damaged by the blast, with their windows shattered and walls battered with shrapnel.

The explosion left at least 12 people dead with some 138 more injured, Chinese state-owned broadcaster CCTV reported. Some 37 of the injured remain in critical condition.

In the aftermath of the deadly blast, hospitals in the city urged the residents to donate blood, signaling that the influx of the injured may cause shortages.