Mars trip ‘can only be understood through Black Americans’, NASA tweets, celebrating renaming of HQ building 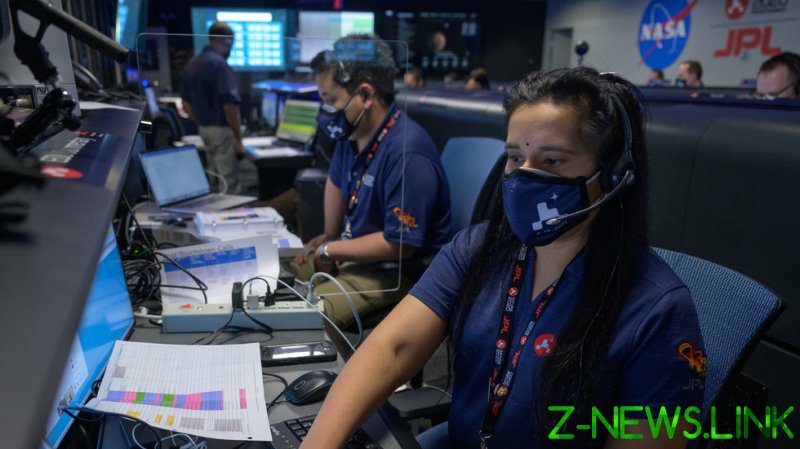 While Jackson died in 2005 and was not known to have worked on any Mars-related projects during her lifetime, poet Nikki Giovanni paid tribute to the engineer, celebrating the building’s christening with a poem about “going to Mars.”

Because “we have rockets, and fuel, and money, and stuff,” NASA will finally begin sending humans to the moon again, Giovanni reasoned. The only reason NASA had been holding back was their lack of control – “they don’t know if what they send out will be what they’ll get back”, she said.

The trip to Mars can only be understood through Black Americans

It’s not the first move related to change in naming culture at NASA. In 2019, the agency unveiled Project Artemis as a more egalitarian complement to the Apollo missions, aimed at sending the first woman (and the first man in 50 years) to the moon by 2024. However, the Trump administration stopped short of playing affirmative action games with the crew, who have not been selected yet at any rate.

NASA has repeatedly been pushing back critical deadlines for Artemis, which will require entirely new hardware and extensive testing for the next generation of lunar landing hardware. While the 2024 deadline was already viewed as optimistic by the end of 2020, more recent developments have rendered it all but impossible. Congress has largely starved the program of the funding NASA said was necessary, apportioning just $850 million in its last spending bill compared to the $3.2 billion the agency sought.

As a result, the agency quietly postponed the timetable for doling out lunar lander contracts by two months in late January, insisting more time was needed to decide on which Human Landing System(s) proposals will continue to receive funding. While Blue Origin, SpaceX, and Dynetics are all competing for the job, they now have until the end of April to submit their proposals, which NASA hopes will permit a “seamless transition” to the next phase of the project.

The previous US administration inked a treaty back in October to divvy up the “use of the Moon, Mars, comets, and asteroids for peaceful purposes” with seven other countries, while leaving out Russia and China, which had considerably more lunar exploration experience. President Donald Trump seemed gung-ho about militarizing space with his Space Force, but it’s not clear to what extent his successor Joe Biden plans to continue that project, which seemed guaranteed to run afoul of the 1967 Outer Space Treaty by turning space into a field of battle – or even an extraterrestrial NATO.

Biden himself has been relatively quiet about his predecessor’s dreams of space exploration and exploitation, wasting little time after his inauguration before sending more US troops into Syria. Given the cabinet of hawks he has assembled, the president seems less interested in fighting wars in space than in the tradition of his predecessors – fighting wars in the Middle East.