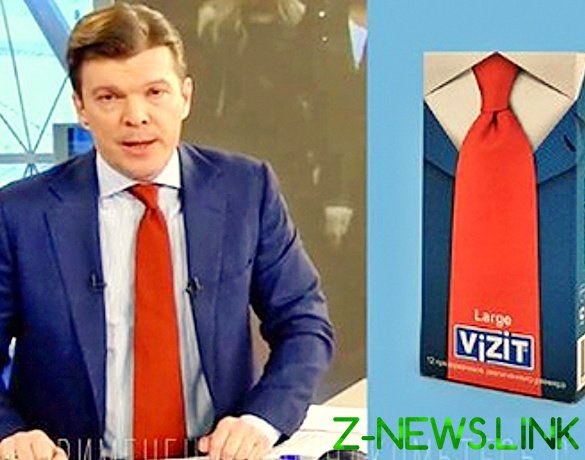 The brand of condoms disown attempts to insult the host of the First channel.

The Russian office of the brand of condoms Vizit said not trying to offend the presenter of the First channel Cyril kleimenova collage, where the image of the lead compared with the design of a pack of condoms, size large. From these allegations, the brand has denied in conversation with journalists of “Lift”, as reported in Telegram-channel publication.

The sources said that the post was a joke based on the similarity of the costume of the host and the image on the pack of condoms. “We never write direct insults, but someone can think out and exhibit their understanding, but there is nothing to do about it,” the company said, adding that the posts “periodically, someone is offended”.

Speaking about a possible appeal kleimenova to court over the tweet, the representatives of the Vizit said: “it is Not clear that trying to prove in court. We have the same post about the similarities of his suit and suit our package.”

Earlier Kleymenov commented on the collage Vizit, which used his picture, and announced that upon returning from vacation plans to deal with the possibility of judicial solutions to this issue.

On March 4, the Russian representative office of Vizit posted on Twitter a collage, on the left side which was the frame of the program “Time” with kamenevym. The TV presenter was dressed in a blue blazer and red tie. To his right was placed a pack of condoms Vizit large, the design of which is repeated the image of the leading. Users in the comments appreciated the joke.