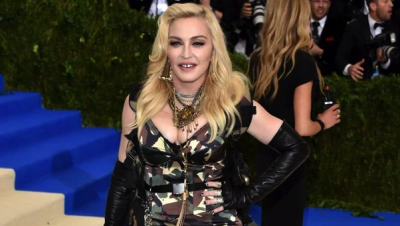 The star flew in from London on a private jet, a canadian-Israeli billionaire Sylvan Adams.

On Tuesday evening, may 14, the legendary singer Madonna arrived in Israel, where it has died down the first semifinal of the international song contest Eurovision-2019.

The star flew in from London on a private jet, a canadian-Israeli billionaire Sylvan Adams. This publication reports The Jerusalem Post.

As you know, Adams has assumed the expenses and paid for the performance of the singer in the amount of about $ 1 million. Madonna to perform two songs in the final of the Eurovision song contest-2019, which will be held may 18. But first, the team artist must sign a contract, without which pop diva will not be able to go on stage.

Madonna has published on his page in Instagram a short video of the preparation for the performance, which fans were able to see the details of her costume.