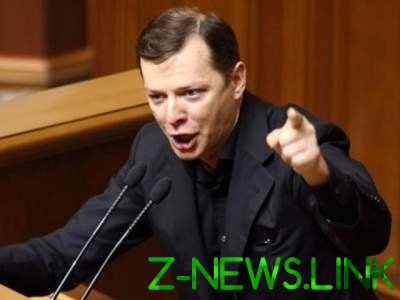 The politician made a mistake with the name.

Lyashko in the Parliament urged parliamentarians to support the players mind and midfielder Ognjen Vukojevic, who spoke in support of Ukraine. He, however, made mistakes, calling the names of the players.

As you can hear in the video, he called them “Domagoj Species, fire Vukovic” instead of “domagoj Vida, Ognjen Vukojevic”.

“Have you seen the scandal with Croatian players, who out of the blue do, because they dedicated their victory to our country, which is fighting against aggression. Let us today all of room support Damagei Species, fire Vukovic, who, by the way, 15 thousand dollars fined for what he said “Glory to Ukraine!”. Guys, we wish you victory in the semi-finals, we wish the team of the Croats to reach the final. Glory To Ukraine! Glory To Croatia!”, – said Lyashko.

Recall, after the match of 1/4 of final of world championship, where Croatia defeated Russia on penalties, in the Internet appeared the video from the locker room of the team of Croatia. It domagoj Vida shouts “Glory to Ukraine!” and Ognjen Vukojevic says that dedicates the win to Ukraine.

Then began a real persecution of the players. And if in FIFA only issued a warning for unsportsmanlike conduct, the referee pulled out a fined and expelled from the coaching staff of the national team of Croatia.