Home / WORLD / Liz Cheney challenger sets off debate after revealing he impregnated 14-year-old when he was 18: ‘It was like Romeo and Juliet’

Liz Cheney challenger sets off debate after revealing he impregnated 14-year-old when he was 18: ‘It was like Romeo and Juliet’ 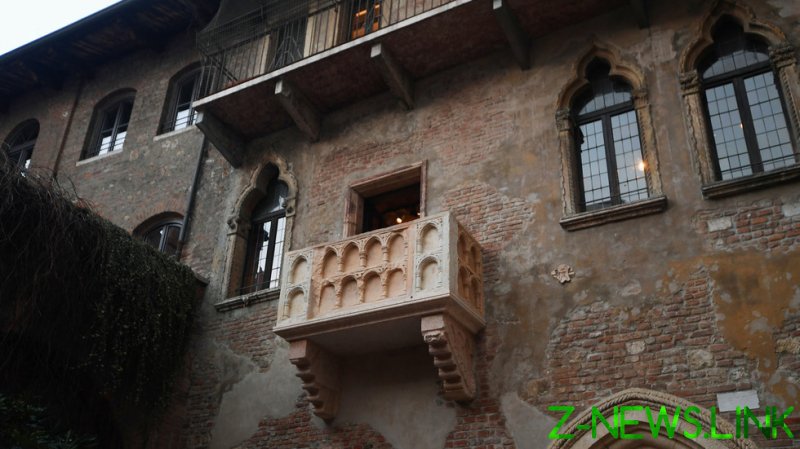 In a Thursday Facebook Live video, Bouchard complained that his critics were digging into his past to smear his reputation and would “stop at nothing” as he prepares to challenge Rep. Liz Cheney (R-Wyoming) for her House seat.

“It’s amazing that they look at things so negatively. So, bottom line is it’s a story when I was young, two teenagers, girl gets pregnant,” he said. “You’ve heard those stories before. She was a little younger than me, so it’s like the Romeo and Juliet story.”

In an interview with the Casper Star-Tribune, Bouchard said he married this impregnated girl, who would have been 15 at the time, in Florida. Bouchard would have been 19, and the marriage was technically legal in the state with a parent’s consent and a judge’s approval if a pregnancy was involved.

“I did the right thing,” he said, referring to his decision to marry the girl and “to take care” of his son.

Unlike the tragic ending to ‘Romeo & Juliet,’ where the two youthful lovers die by suicide, Bouchard’s wife divorced him three years later. She did, however, go on to commit suicide by 20, which the state senator chalked up to “problems in another relationship,” while also mentioning that the girl’s dad also took his own life.

“She had problems in another relationship. Her dad had committed suicide,” he said.

Bouchard’s story and ‘Romeo & Juliet’ comparison has earned the ire of many critics online, some of whom slammed the relationship as illegal and possible statutory rape.

“Sex between an 18 and a 14 year old is statutory rape. I know because I prosecuted it,” tweeted Christine Pelosi, the daughter of the US house speaker. “14 was not the age of consent in Florida and although there are Romeo and Juliet laws, they are for teens ‘close in age’ which this couple was NOT.”

Kristen Schwartz, executive director for the Wyoming Coalition Against Domestic Violence and Sexual Assault, also criticized Bouchard for the relationship and the classic literature framing.

“Any language that would minimize things that are a crime is harmful. It’s harmful to survivors and it’s harmful to our greater community,” she said.

Others have sought to defend Bouchard, noting that it was far more common for brides to be underage at the time.

Despite the backlash, Bouchard has said he has no intention of bowing out of his race against Cheney, claiming the fact that detractors are looking to discredit him makes him the leading challenger.

“Bring it on. I’m going to stay in this race,” he said. “We’re going to continue to raise money because my record stands on its own.”